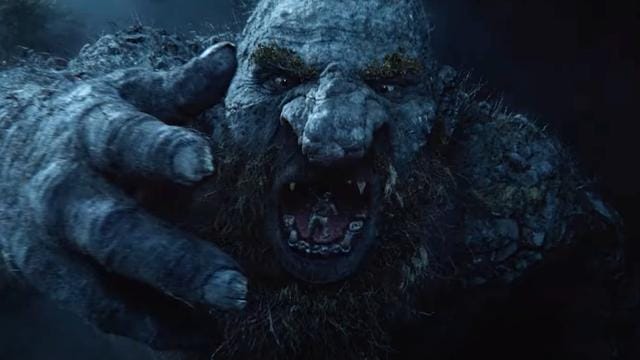 A new trailer for Netflix’s upcoming monster film Troll, starring Ine Marie Wilmann as the paleontologist enlisted to save Oslo, has been released.

Troll, Netflix’s upcoming monster film, has received a new trailer. The film, directed by Roar Uthaug, follows a group of mismatched individuals who must stop the destruction of Oslo at the hands of a recently awakened mountain troll. Espen Aukan, whose previous credits include the Norwegian horror film Vikingulven, wrote the story.

Troll was shot in Norway and finished in late 2021, with producers Espen Horn (Cadaver) and Kristian Strand Sinkerud (Post Mortem: No One Dies in Skarnes). Though Alicia Vikander was initially rumored to play the lead, the film stars Ine Marie Wilmann (Sonja: The White Swan) as Nora, the unlucky paleontologist tasked with repairing the mythological mess.

Netflix has now released a new trailer for Troll, which gives a closer look at the titular Norwegian monster and its penchant for wreaking havoc. After being rudely awakened in the Dovre mountains, the troll quickly embarks on a path of destruction, attracting the attention of the cynical government seeking a logical explanation.

Calling Nora in for advice, she soon finds herself leading the effort to halt the Troll’s advance on Oslo. Though little is known about the film’s overall plot, Troll appears to have the hallmarks of a climate change message. The titular monster appears to be awakened from his slumber by a man-made explosion, setting the stage for a moral lesson on the consequences of human interference with nature.

Troll is similar to major kaiju films such as Godzilla and King Kong in that the ultimate evil in Troll is not the monster itself. In this day and age, this can give the film a particularly strong resonance, potentially allowing Troll to reach a new audience. Thrillers with social commentary are becoming increasingly popular, and if done correctly, Troll could become a modern classic within the genre.

With recent films like Midsommar and The Ritual stoking interest in Nordic folklore on the big screen, Netflix will undoubtedly hope to deliver more of the same and find a new international hit.

After releasing a darker teaser in June, the latest Troll trailer suggests that the film will also have its fair share of humour and a lighter tone than previously assumed, while also utilizing a woefully underrepresented monster that was last captured in the 2011 film Trollhunter. Troll will be available on Netflix next month for fans of monster movies and folk horror.

Sargun Mehta Discusses the Male-Dominated Industry, Claiming That “They Thought They Were Taking Me for a Ride.”