The Trailer for Missing The Sequel to Sony’s Surprise Success Searching is Out! Watch Now! 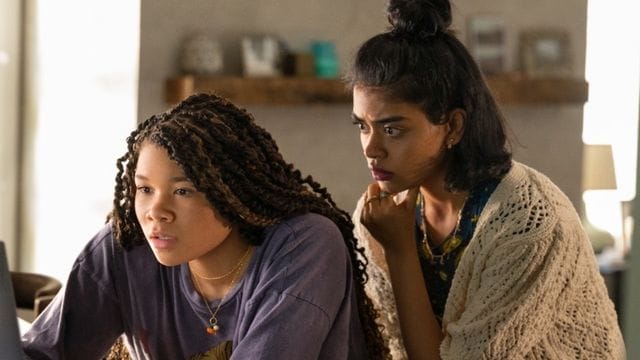 Part of the fun of going to the movies is turning off the small screen and focusing on the big screen. When it comes to Missing, the action is still unfolding through phones, webcams, and surveillance images on the other screens. The suspenseful thriller is the follow-up to 2018’s Searching, which was also shot from the perspective of screens.

Searching followed John Cho, a parent desperate to find his adolescent daughter. Missing’s new trailer indicates that the film flips the narrative by focusing on Euphoria actor Storm Reid’s June, who begins sleuthing after her mother Grace (Nia Long) fails to return from a vacation in Colombia with her new lover Kevin (Ken Leung).

Frustrated by her dealings with the authorities, the recent high school graduate decides to conduct her own investigation.

Sony Pictures has just released the trailer for the upcoming thriller Missing, a sequel to the 2018 film Searching. This time, we’re following a teen who uses technology to find her missing mother.

Watch the Missing trailer below:

Sev Ohanian and Aneesh Chaganty of Searching are back with a new fascinating story, this time about the adolescent June. June uses the most advanced technologies available to her to find her mother after she goes missing while on vacation in Colombia with her new lover. But her quest for answers leads her to something bigger, and she realizes she may not know her mother at all.

Will Merrick and Nick Johnson directed and wrote the new film based on Ohanian and Chaganty’s story. Storm Reid, Joaquim de Almeida, Ken Leung, Amy Landecker, Daniel Henney, and Nia Long are all missing. The film is set to be released in US theatres on January 20, 2023.

This eliminates the film’s competition from Universal’s Cocaine Bear and Lionsgate’s Jesus Revolution, both of which have February 24th release dates.

Missing is being touted as “the next edition in the Searching franchise,” a reference to the previous film’s cliche of conveying its story entirely through screens. Storm Reid (The Suicide Squad, Euphoria) and Nia Long will star in the film (The Fresh Prince of Bel-Air, The Best Man).

My Dad The Bounty Hunter Trailer is Out! Watch Here!

The Horror Comedy Film Darby and the Dead Trailer is Out! Watch Now!