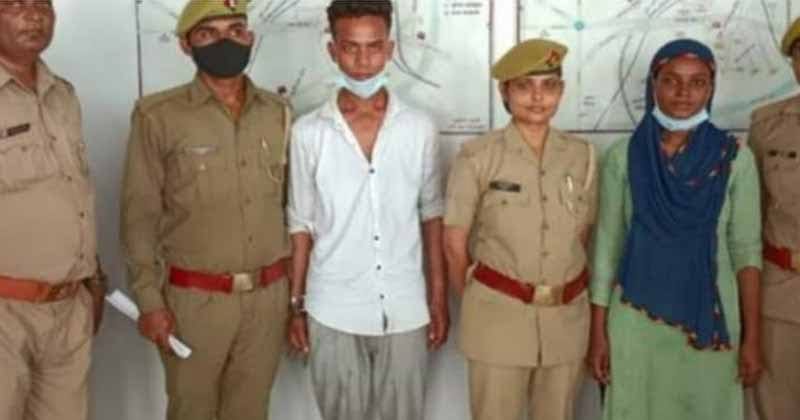 The police has made a big disclosure in the case of Sanjay Gupta’s murder that took place a few days ago in Bareilly, UP. Police said that the body of 54-year-old Sanjay Gupta, resident of Vaishnodham Colony of Subhashnagar police station area of ​​Bareilly city, was found by his wife Jyoti Gupta on June 2. Preliminary interrogation was conducted as the deceased had injury marks on his head and at that time Jyoti in his statement to the police said that Sanjay fell down while descending the stairs last night and died due to excessive bleeding following a head injury. happened.

Contrary to Jyoti’s statement, what the police told the police, the youngest daughter of the deceased, Sanjay, revealed the secret of Sanjay’s death. Sanjay’s daughter Nishi told the police that the night before the father’s death, the mother had a fight with the father and only then an uncle came into the house who had beaten up the father. Mother kicked her from there but when she was in another room she heard her father crying and screaming, then after a while the sound stopped coming. The police took Sanjay’s wife Jyoti into custody after the statement of the daughter of the deceased. Sanjay’s postmortem report also revealed that he died of strangulation, but despite being in custody for several days, Jyoti was not ready to accept the truth, so the police got her call details and through that the police reached her lover. .

According to the police, Jyoti’s lover was a youth named Abbas, a resident of Biharipur in Bareilly. The police also took him into custody and questioned Jyoti and Abbas. Then on Monday, the police disclosed the Sanjay Gupta murder case.

According to the police, Jyoti and Abbas confessed that they were both in love and Sanjay objected to it. He was stopping Jyoti from meeting Abbas. So fed up with Rose’s beatings, they decided to kill him, then late on 1st June Jyoti gave her husband Sanjay a sleeping pill in milk so that he could fall asleep. Later Abbas was called. He strangled her with a dupatta and killed her. The police have arrested Jyoti and Abbas in connection with the murder of Sanjay.