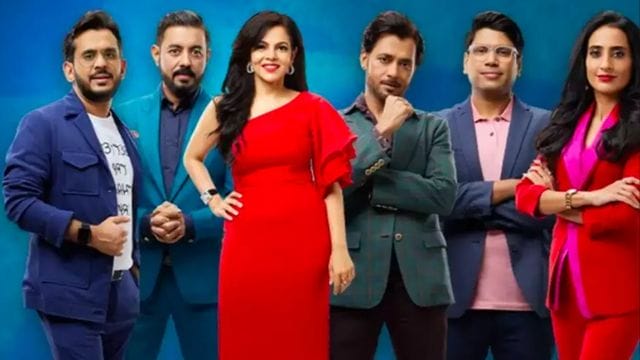 Season 2 of Shark Tank has officially premiered in India. Since the show’s premiere a year ago, viewers have been anticipating the upcoming season with great anticipation. In “Shark Tank,” aspiring businesses pitch their ideas to wealthy investors. The show is India’s answer to the American hit Shark Tank, which is now in its fourteenth season in the United States.

In contrast to the first season, however, not all of the judges from the first season will be returning for the second. Season 2 will not feature BharatPe creator Ashneer Grover or Mamaearth co-creator Ghazal Alagh. The second season of Shark Tank India will feature the following six judges:

The Lenskart CEO, who was a fan favorite in season 1, will return to the show as a Shark. Before entering the eyewear retail business, the 37-year-old worked at Microsoft in the United States. Lenskart was founded in 2010 and is now worth nearly $5 billion. (41,000 crore rupees)

Vineeta Singh, an alumnus of the Indian Institute of Management (IIM), made headlines when she turned down a job offer worth one crore rupees right after graduation. She is the founder and CEO of Sugar Cosmetics, a brand that aims to transform the Indian skincare and makeup industries.

During Shark Tank India’s first season, the 38-year-old frequently discussed the challenges that female startup founders face. According to Ms. Singh, raising funds for a startup is often more difficult for women. She is also a runner who has competed in marathons and ironman triathlons.

Aman Gupta founded the electronics brand ‘boAt’ with the goal of making gadgets fashionable. When most other companies were making black, white, or grey earphones and headphones, the company started with colorful ones. boAt has grown at a rate of 100% year on year, with revenue of 3,000 crores at the end of FY22.

At the age of 21, Namita Thapar became a chartered accountant. She then earned her MBA and worked in finance for six years. Ms. Thapar returned to India after a successful stint in the United States to join her father at the helm of pharma behemoth Emcure Pharmaceuticals.

Ms. Thapar joined Emcure at a time when the company was valued at 500 crores. It is now one of the largest pharmaceutical companies in the country, with a valuation of Rs 6,000 crore. Namita Thapar is a huge fan of Amitabh Bachchan and has named her sons Jai and Veeru, inspired by the characters in the actor’s hit movie ‘Sholay’.

Anupam Mittal is a well-known entrepreneur and investor who founded the matrimonial website Shaadi.com. He was an early investor in several startups that have since become household names. BigBasket, Ola, Rapido, and others are among them. In the last 15 years, he claims to have invested in over 150 companies.

Amit Jain, who made his Shark Tank India debut, is the CEO of CarDekho.com. He and his brother got the idea after attending the 2008 Auto Expo. Mr. Jain stated on LinkedIn, “We set up a portal where people could come to find the right information and review cars before making a buying decision.”

Less Than Two Months Remain Till the Release of the New Ant-man and the Wasp: Quantumania Teaser!!

Check Out This Adventure Drama Film Starring Amitabh Bachchan and Anupam Kher and Find Out Where You Can See It When It Comes Out!