HomeFresh NewsThe reckless driver of Ahmedabad was driving the bus in his own...
Fresh News

The reckless driver of Ahmedabad was driving the bus in his own style and the woman, who was hitting at high speed, fell down stopping the movement of these body parts. 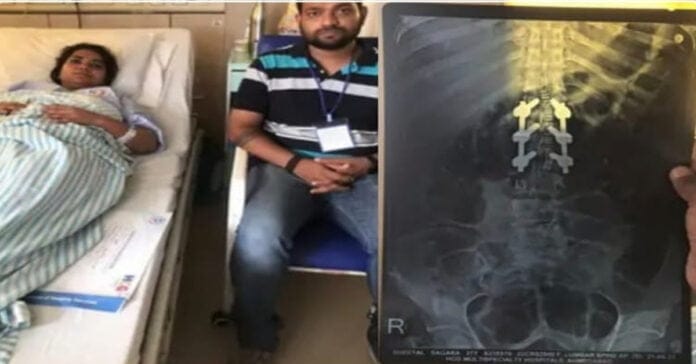 People mostly use government ST to travel in their lifetime. But sometimes very shocking cases come to the fore. Today a careless driver of Ahmedabad was driving the bus in his own style and a woman who was hit at high speed fell down and got seriously injured. The woman was then taken to the hospital with a bead fracture and had to have three fittings. So the family members were very sad and the name of this woman is Sheetal Ben who is said to be the daughter of famous artist Pirajy Sagar.

When the woman was admitted to the hospital for further treatment, Sheetalben said that she and her husband were on duty at the Gandhinagar Secretariat for the last ten years. A huge jump was made on the side of the road. During saffron, the driver of his bus was going at high speed and he lost control and the woman fell down from the seat and for some time the woman fainted in the bus. He could not move his other part by doing good. The local people sprinkled water on him in the bus and took him to the side of the bus, called his father, got off the bus and immediately called 108 and was admitted to the hospital. Sheetal Ben’s habit of not being able to stand or sit on his own is very popular these days.

He was with her at the time of the accident and told that the whole incident happened on the 17th at around 7.30 pm. They say that the jump took place overnight which was not visible to the driver. Then the bus was coming at a high speed and a major accident occurred due to the bus jumping. Also, CT scan and our operation revealed that he had a fracture which he had to operate on 9th and had to get 3 screws in his back. 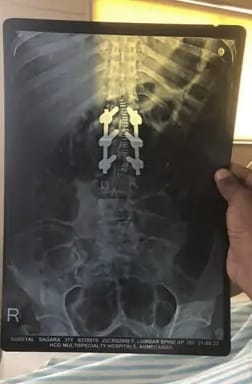 Mahipal Singh says that he is working in the secretariat for the last ten years and he has always been coming from two directions but till today he has never seen such an incident and suddenly there was a collision on that road.

Both are traveling on this route for the last ten years but till date no incident has been reported but today a major incident has affected the whole family and they have been discharged from the hospital but how many more days are they left in the bed rest on. No specific information available.

According to the information received, the driver was not contacted due to fainting on the spot and he was taken to the hospital for treatment. After discussion with the family, a complaint has been lodged with the police and the name of the driver is Janakbhai Suthar. The police have recorded the statements of both the brothers.

Share
Facebook
Twitter
Pinterest
WhatsApp
Previous articleInstagram down in India, people’s anger on social media
Next articleSoon Anuj and Anupama will go on honeymoon Vanraj will feel that this is the biggest twist of his life.

This grandfather jumped to save the girl in the drain, saved one but could not save the other, know next

Sidhu Musewala was the owner of crores of cars, this was the coolest car in his collection.

This grandfather jumped to save the girl in the drain, saved one but could not save the other, know next

Sidhu Musewala was the owner of crores of cars, this was the coolest car in his collection.