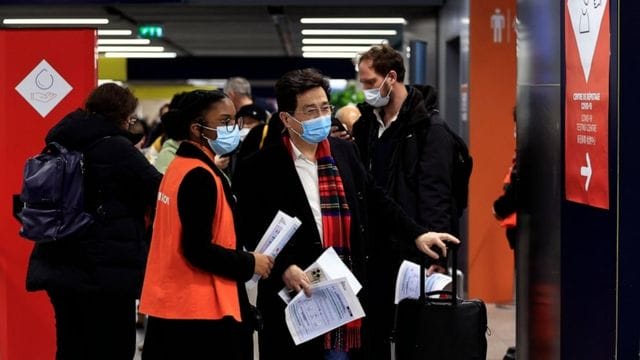 After years of strict measures to keep Covid-19 under control, China is now seeing a huge increase in Covid-19. More and more countries are worried that there isn’t enough information and transparency about the outbreak in China.

Here’s why it makes people worry:

Beijing has said that it is “impossible” to keep track of how big the outbreak is now that mass testing is no longer required. The National Health Commission has stopped putting out daily reports on deaths and infections across the country.

This job has been given to the Chinese Center for Disease Control and Prevention (CDC), which will only release numbers once a month after January 8, when China changes the way it handles the disease. China has only reported 15 Covid deaths since December 7, when it started removing restrictions. Shortly after that, it changed the way it counts deaths from the virus.

This has made people worry that official statistics don’t show the wave of infections correctly. Authorities said last week that the amount of data collected is “much smaller” than when mandatory mass PCR testing was in place. CDC official Yin Wenwu said that the government is now putting together information from hospitals, local government surveys, emergency calls, and sales of fever medicine. This will “make up for gaps in our reporting,” he said.

Chinese hospitals and crematoriums are having a hard time keeping up with the number of patients and bodies. This is especially true in rural areas. Last week, several countries, including the US, Australia, and Canada, said they were putting limits on testing for people coming from China because they didn’t have enough information about infection rates.

Last month, a few local and regional governments started sharing estimates of how many people were getting sick each day, but it was still hard to tell how big the outbreak was. Last week, health officials in the rich coastal province of Zhejiang thought that one million people were getting sick every day. At least 30% of the people in the cities of Quzhou and Zhoushan said they had caught the virus.

The eastern coastal city of Qingdao also predicted around 500,000 new cases per day, and the southern manufacturing center of Dongguan predicted up to 300,000. Friday, officials in the island province of Hainan said that the rate of infection had gone above 50%.

But the top health official, Wu Zunyou, said on Thursday that the peak was over in Beijing, Chengdu, and Tianjin. On Sunday, Guangdong province, which has the most people in the country, said the same thing. Zhang Wenhong, who is the top expert on infectious diseases in Shanghai, told state media that the megacity may have hit its peak on December 22, with an estimated 10 million people infected with Covid.

Health officials thought that 250 million people in China had been infected in the first 20 days of December, according to notes that got out of a meeting last month.

Independent infection models paint a grim picture. Researchers at the University of Hong Kong think that opening up may cause close to a million Chinese to die this winter. Airfinity, a company that looks at health risks, said that there would be 11,000 deaths and 1.8 million infections every day, which would add up to 1.7 million deaths by the end of April.

Many countries screen Chinese immigrants for Covid because they are worried about possible new strains. But there is no sign yet that the current wave is giving rise to new strains. Last month, Xu Wenbo, a top official at the Centers for Disease Control and Prevention (CDC), said that China was making a national genetic database of Covid samples from hospital surveillance, which would help track mutations.

Chinese health experts have said in recent days that the Omicron subvariants BA.5.2 and BF.7 are most common in Beijing. This was in response to fears that the Delta variant may still be circulating. They also said that in Shanghai, Omicron was still the most common strain. In many countries in the West, these strains have been replaced by the more contagious subvariants XBB and BQ, which are not yet the most common in China.

The website for the global online database GISAID says that Beijing sent 384 Omicron samples to it in the last month. But other countries, like the United States, Britain, Cambodia, and Senegal, have sent in a lot more than 1,308 entries to the database.

GISAID said Friday that recent samples from China “all look very much like known global variants seen between July and December.” Jin Dong-yan, a virologist at the University of Hong Kong, said last month on an independent podcast that people in China don’t need to worry about the risk of a deadlier new variant.

“Many places around the world have had large-scale infections,” said Jin. “But afterward, a more dangerous or pathogenic variant did not appear.” “I’m not saying it’s impossible for a (deadlier) strain to appear, but I think the chance is very small.”