The ‘Psyche’ Mission of NASA Is Exploring a Metal-Rich Asteroid That’s Worth $10,000 Quadrillion Dollars 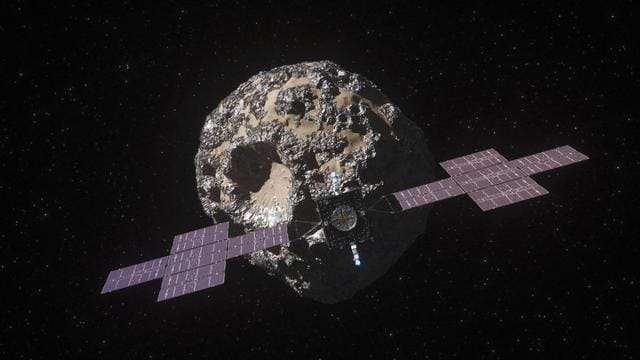 NASA will launch the “Psyche” mission to explore an asteroid worth more than the entire global economy.

NASA has given the go-ahead for a mission that will investigate the metal-rich asteroid known as Psyche, which may be the exposed core of a planet that has been dead for a very long time. After experiencing technical difficulties that caused it to miss its launch window in 2022, the mission’s future had previously been in question.

According to Forbes, 16 Psyche, an asteroid that is 140 miles wide (or 226 kilometers wide) and contains a core that is composed of iron, nickel, and gold could be worth $10,000 quadrillion.

“NASA’s Psyche spacecraft was scheduled to launch in August 2022 and arrive at the asteroid in 2026, but software issues and mission development issues caused the mission to miss its window,” the news outlet added.

After missing the launch window that was originally scheduled for this year due to delays in the development process, the Psyche mission is now targeting a launch window in 2023.

According to an announcement made by NASA on Friday, the space agency made the decision to move forward with the Psyche mission after conducting an internal investigation into the issues that led to the delay of the project.

“I commend the independent review board and the JPL-led team for their dedication to mission success,” said Thomas Zurbuchen, associate administrator of NASA’s Science Mission Directorate in Washington.

“Psyche’s lessons will be applied across our entire mission portfolio, and I am excited about the scientific insights Psyche will provide during its lifetime, as well as its promise to contribute to our understanding of our own planet’s core.”

NASA describes the Psyche mission as an expedition to an unusual metal asteroid that orbits the sun between Mars and Jupiter. The peculiarity of the asteroid Psyche lies in the fact that it seems to be the nickel-iron core of an ancient planet that was left exposed. This makes it one of the fundamental components of our solar system.