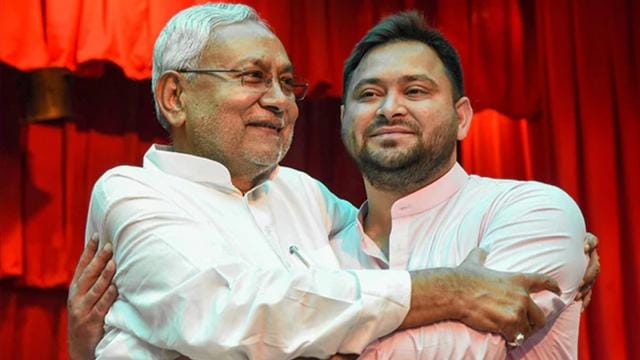 During his interaction with the media, Nitish made the remark, “I will now promote him,” pointing toward Tejashwi. At the same time, he launched a blistering attack on another young leader named Chirag.

PATNA: Bihar Chief Minister Nitish Kumar, who is not campaigning in favor of RJD candidates in the state’s by-elections, sought to clear all doubts ahead of the poll date on Monday by promising his full support to Deputy Chief Minister Tejashwi Yadav for his rise. This was done even as LJP (Ram Vilas) Chief Chirag Paswan began campaigning for BJP candidates.

“I will now promote him,” Nitish said during a media interaction, pointing to Tejashwi, even as he launched a blistering attack on another young leader, Chirag, calling him a “baccha” (child) in politics. Tejashwi reciprocated Nitish’s gesture by modestly smiling when the CM made a complimentary remark about him. He also shared a video clip on social media in which Nitish promised to help him advance in politics.

Nitish, on the other hand, was extremely harsh in his criticism of Chirag, who is going to be campaigning for BJP candidates in the by-elections that will be held in Mokama and Gopalganj on November 3.

Chirag will most likely campaign for BJP candidate Kusum Devi in Gopalganj on Tuesday. “It’s fine for Chirag to campaign for BJP candidates; people will recognize his strength,” he said. Nitish continued his tirade against Chirag, saying, “Chirag was already in BJP.” He ran against my party in the last state assembly election, fielding candidates where my candidates were running.” Before the JD(U) severed its ties with the NDA, it had accused Chirag of running candidates against JD(U) candidates in the most recent assembly election at the behest of the BJP in order to harm JD(U) candidates’ chances of being elected.

According to Nitish, his relationship with Chirag’s late father, Ram Vilas Paswan, was a very good one that dated back a long time. 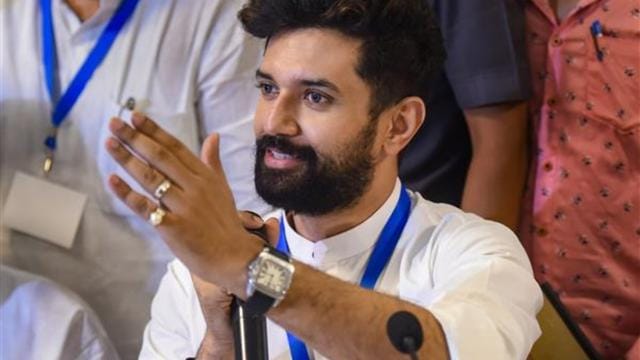 “I not only supported him, but I also respected him,” he added. “What he knows, this boy (Chirag Paswan) is a bachha,” he said. Nitish stated that the RJD was going to win both seats based on the information that they had received from the people.

In the meantime, Tejashwi stated that several other senior leaders, including JD (U) president Rajiv Ranjan Singh alias Lalan Singh, JD (U) parliamentary board chairman Upendra Kushwaha, and others were campaigning for the grand alliance in both constituencies. According to him, the video message from Nitish will be played in front of the voters in both seats. He went on to say that the BJP is in a precarious position without Nitish.