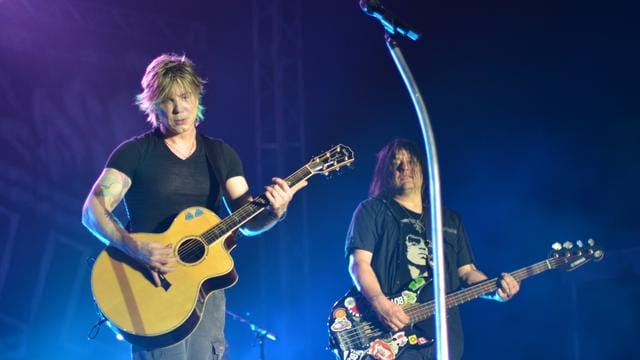 At 11 p.m., the Goos will play a free concert. New Year’s Eve at Seneca Niagara Casino’s STIR feature bar in Niagara Falls. STIR is located on the casino’s gaming floor on the west side. You must be at least 21 years old to attend the concert because it is held in a casino.

Even though there is no cover charge and the event may be seen from anywhere in the west casino, there will be a select number of VIP packages available for purchase.

The STIR ticket package is $500 and includes two tickets to STIR, two free drinks per person, a champagne toast at midnight, and party favors.

Friends John Rzeznik and Robby Takac formed the Buffalo band in the 1980s, and they rose from local clubs to global stardom with singles like “Iris,” “Name,” and “Better Days,” selling more than 15 million records worldwide. “Chaos in Bloom,” the band’s most recent album, was released earlier this year.

The Goo Good Dolls, founded in 1986 in Buffalo by lead singer John Rzeznik and bassist Robby Takac, rose to international success with hits such as “Name,” “Slide,” “Broadway,” “Black Balloon,” “Let Love In,” “Better Days,” and “Iris.” The band has had 16 No. 1 and Top Ten songs, sold over 15 million albums worldwide, and been nominated for four Grammy Awards. It holds the radio record for the hottest AC Top 10 singles of all time.

Amy Yakawiak of the Buffalo News wrote a glowing review of the band’s Sept. 24 concert at KeyBank Center. “From the opening chord of ‘Yeah, I Like You,’ through an hour and 45-minute set, bassist Robby Takac and singer-guitarist John Rzeznik exhibited the working-class energy and passion of Buffalo, and the crowd was not short on admiration,” she said.

The Seneca Niagara Casino is located at 310 Fourth St., Niagara Falls, and is celebrating its 20th anniversary.

The free performance will be seen everywhere on the casino’s gaming floor in the west concourse, where no tickets are necessary.