The future of the scheme celebrated with expensive gas, 40 percent people stopped filling gas in the dark

The high price of LPG has raised questions on the success of the central government’s scheme. There are reports from across the country that the beneficiaries of Ujjwala Yojana have stopped filling cylinders due to the rise in domestic gas prices. In rural areas, these beneficiaries have again started cooking with conventional fuel. 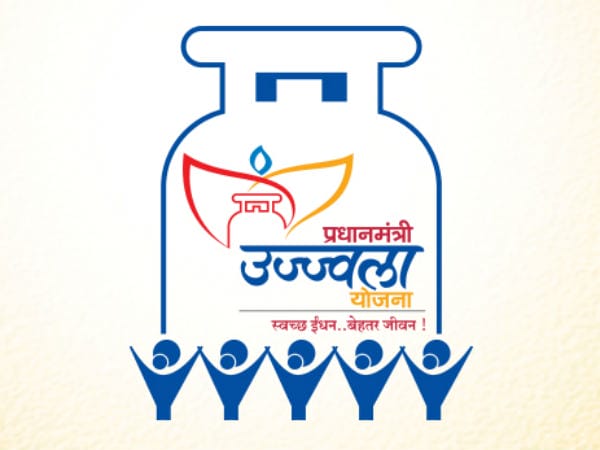 There are 13,000 beneficiaries of Pradhan Mantri Ujjwala Yojana in Bisrampur block of Palamu district of Jharkhand. But now most of them have stopped filling the gas cylinders available in the scheme. The reason for this is the steep rise in gas prices. At present the cost of a domestic gas cylinder in Bisrampur is Rs.

troubled by expensive gas
According to a report, HP Gas dealer Dayashankar Dubey says that due to the closure of gas cylinders, it has become difficult for people to continue their business. It is also becoming difficult for them to pay salaries to the employees. Dubey says that many people have even sold their gas cylinders and gas stoves. Sangeeta Devi, a well-known beneficiary of Kadar village, says that the price of gas has increased so much that it is not possible for them to fill gas cylinders.

Things are not good in cities
Under the scheme celebrated in Palamu district, 2,20,234 people were provided gas cylinders till 2020. No new registration was done in the district under this scheme in the year 2020 and 2021. The condition of this famous scheme is not good in villages and cities. Avadh Kumar Pandey, who is associated with the distribution of LPG cylinders in urban areas, says that he has 400 beneficiaries of the Ujjwala scheme, but now none of them are being filled with gas cylinders.

Awadh Kumar says that many of them have even sold their cylinders and gas stoves. At the same time, the beneficiaries of the scheme celebrated in Hazaribagh have again started cooking with coal. Alok Bihari Dixit, operator of HP Gas Agency, says that he has 6300 Ujjwala gas connections. Now 40 percent of them have stopped refueling.

Share
Facebook
Twitter
Pinterest
WhatsApp
Previous articleXiaomi Walkie-Talkie 3 Launched, Only Rs. 5000 km without recharge in 4700. Away from this, you get 5 days of battery life
Next articleBy keeping these things in mind, you can avoid kidney stone, know what to do and what not to do?

Anuj’s sister-in-law is very fashionable in real life, every look touches the hearts of fans

As soon as he reached Mumbai, Anuj reached the beach holding Anupama’s hand.

As soon as Anuj reaches Mumbai, Anupama will be given a gift and will plan to have Kinjal’s child.

After leaving the Shailesh Lodha show, Tarak Mehta has once again made a new entry.

Anwar on Birthday Plans | Shrenu Parikh is planning a special birthday celebration, will celebrate with these people. NTOI
Roshni Das on Are you also bothered by this problem? Find out the cause of the problem here. Health tips
eswara on Makar Sankranti 2022 | Make moong dal ‘masala khichdi’ on the day of Makar Sankranti, know the recipe. NTOI

Anuj’s sister-in-law is very fashionable in real life, every look touches the hearts of fans

As soon as he reached Mumbai, Anuj reached the beach holding Anupama’s hand.

As soon as Anuj reaches Mumbai, Anupama will be given a gift and will plan to have Kinjal’s child.