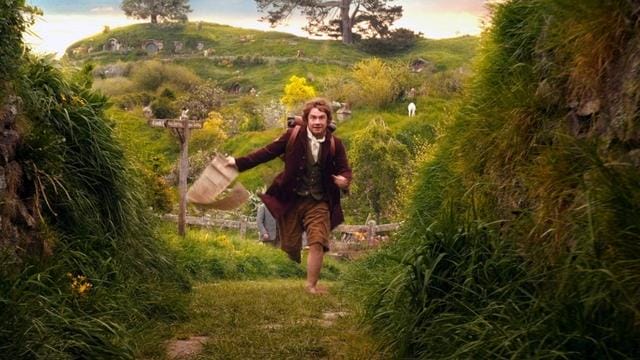 The Amazon fantasy series ‘The Lord of the Rings: The Rings of Power’ has landed in hot water after a report revealed that the production of season 1 had a significant negative impact on New Zealand’s ecology and environment.

According to a Guardian report, workers involved with ‘Rings of Power’ and other big-budget productions in the country said that film and TV studios leave behind massive amounts of garbage and emissions, and the island nation’s government may be tolerating violations that are harmful to the country’s fragile ecosystems.

Because of its natural beauty and pristine, untouched landscapes, New Zealand is one of the world’s most popular destinations for fantasy and film productions.

However, that beauty has clearly proven to be both a boon and a curse.

On the condition of anonymity, one employee who worked on ‘Rings of Power’ and other productions told the publication, “I’m speaking out because I like film.” I enjoy working in film and want to stay in the industry, but not in the way it is now. “What is happening is appalling, and most people are unaware of it,” they said. “If people realized how destructive the entire business is, they would reconsider.”

“If huge corporations want to come to this country and use the beauty that’s here, there’s a duty to preserve the beauty,” said another worker. They get tax breaks, and we get stuck with all of their garbage. It breaks my heart. I have the impression that New Zealanders are being completely exploited.”

The report cited internal communications from the ‘Rings of Power’ sustainability team, and one memo revealed that season 1’s production produced 14,387 tonnes of carbon dioxide, which the Guardian reported is five times more than a typical tentpole film.

Due to financial constraints, ‘Rings of Power’ will begin filming in the United Kingdom in season 2.

The series is based on the forging of Rings of Power, as the subtitle suggests, and is thus set when Sauron was an individual rather than the flaming eye he became in the Third Age. ‘The Lord of the Rings’ revolved around the War of the Ring, in which Frodo and his companions battled the Dark Lord and destroyed the One Ring.

“The Lord of the Rings: The Rings of Power” gets the basics right when it comes to a Middle-earth adaptation, according to Wion’s review of season 1. Even with all of the annoying watermarks on the screeners, I was given, ‘The Rings of Power’ looked absolutely gorgeous.

Ironically, it is so good that even in its episodic form, it appears to be better suited for viewing in theatres than on television. There are shots of grand statues and imposing edifices that tower over the mountains. There are also familiar vistas showcasing landscapes, hills, valleys, rivers, and faithful recreations of locations such as Lindon each and every frame is stunning.

The visual aspect of Middle-earth is important, and the creators were well aware of this. The aesthetic is reminiscent of the ‘LotR’ trilogy while also feeling unique.”

According to the New Cast of Netflix’s The Crown, Viewers Are Aware That It is a Drama