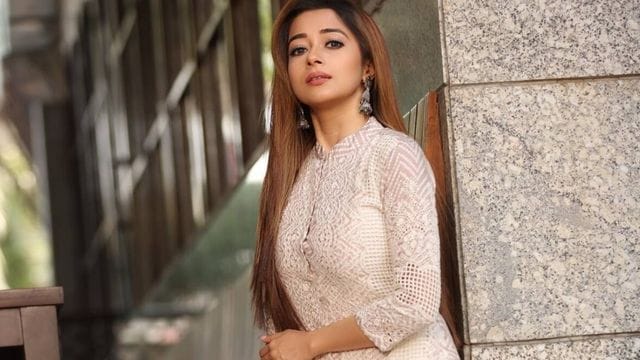 Salman Khan hosted a show that was controversial. Bigg Boss is one of the most popular reality shows on TV. The 16th season of Bigg Boss is the same as the rest. The show’s contestants do everything they can to keep the audience interested with their high-stakes drama, fights, arguments, and performances.

During the 16th season, the show was set up in a new way. For example, contestants woke up to the Bigg Boss theme song, parents got involved in house matters, and so on. In the next episode, something that has never happened before will happen. This will make this season more interesting.

Tina Datta is one of the contestants on Bigg Boss 16, and she has been there since the show started. The actress has a huge number of fans, and people applaud her performance on the show. One of the best things about Bigg Boss 16 is how close Tina and Shalin Bhanot are.

Now, a source told Pinkvilla that Tina Datta’s father, Tapan Kumar Datta, is about to join his daughter in the Bigg Boss 16 house. But Tina’s father will only be on Bigg Boss 16 for one day. After that, he will leave the show.

The Mother of Tina Datta Will Be on Bigg Boss 16

Tina’s parents have been on this reality show before, so this is not their first time. During one episode of Weekend Ka Vaar, Tina’s mother, Madhumita Datta, was a guest. The reason Tina’s mother was on Bigg Boss 16 was that Sumbul Touqeer’s father was mean to Tina and Shalin.

Then, Tina’s mother and Shalin’s parents criticized Sumbul Touweer’s father for using mean words on national TV about their children.

After this, the producers invited Tina’s mother, Sumbul’s father, and Shalin’s parents to a Weekend Ka Vaar episode where Salman Khan led a discussion. Their parents had a chance to say what they thought about each other’s kids. When they were done talking, Sumbul’s father told Tina’s mother and Shalin’s parents that he was sorry for hurting their children.

The Bond Between Tina Datta and Her Parents

Tina’s mother, Madhumita Datta, father, Tapan Kumar Datta, and brother, Debraj Datta, all live in Mumbai with her. The actress loves her parents very much, especially her father. The father and daughter are both big fans of social media and have made many reels together. Tina’s fans love their interesting reels and cute pictures very much. Their Instagram posts show how close they are.

Tina on Competing in Bigg Boss 16

Tina Datta was initially unsure about competing in Bigg Boss 16, despite the show’s reputation as one of the most popular reality programs. Prior to joining the Bigg Boss 16 house, Tina had disclosed in an exclusive interview with Pinkvilla “Indian television’s most difficult reality program is Bigg Boss.

Sincerely, I’ve always believed I couldn’t, but there comes a point in life when one must take chances and face obstacles head-on, and I believe this year is the time when everything fell into place.”