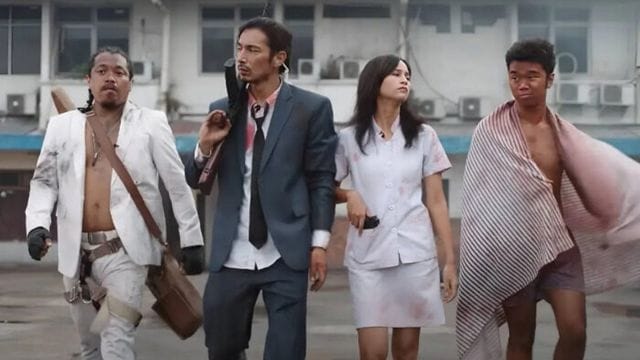 It’s not every day that the long arm of the law joins forces with criminals to seek justice. That unique relationship will be the focus of the tale of The Big 4, an upcoming Indonesian action-comedy film. With the film’s December 15 release date approaching, Netflix has published the trailer, which promises to be an action-packed voyage to serving justice on a murdering villain.

The teaser presents a group of four assassins, each with their own set of job duties and responsibilities. There’s the Bait, the Badass, the Sniper, and the Leader, of course. They appear to be an all-conquering squad that gets the work done while making quite a scene.

The Mentor holds everything together. Soon after the introductions, the trailer takes a tragic turn with the murder of a police officer’s father. Dina is saddened, but when she awakens, she sets out in search of those who can bring her father’s murderer to justice. What she discovers alters her entire life.

Her first stop was the Paranais Villa, where the staff wasn’t very helpful. During her investigation, Dina finds out that her father was The Mentor, the leader of the assassins in the movie. “Work” was the reason he died, and the same people are after her.

After putting their guns down and going into retirement, the Big 4 will soon be back to help Dina find justice. The person who is the target of all of their anger is known as the Scorpion of South East Asia. Both teams face off against each other, and what happens next is sure to be bloody, but it’s important to remember that sometimes it takes a criminal to catch a criminal.

Along with the action choreography, gun and knife fights, and battle cries in The Big 4, there is an overarching comic dimension that appears to make the film a must-see. The film was shot in Indonesia and will be the streaming service’s second Indonesian original film this year.

Timo Tjahjanto is in charge of directing The Big 4, and he and Johanna Wattimena also wrote the script. Abimana Aryasatya, Putri Marino, Arie Kriting, Kristo Immanuel, Marthino Lio, Michelle Tahalea, Budi Ros, Donny Damara, and Lutesha are among the actors in the movie.

Read the summary and watch the trailer. The Big 4 starts on December 15 on Netflix.