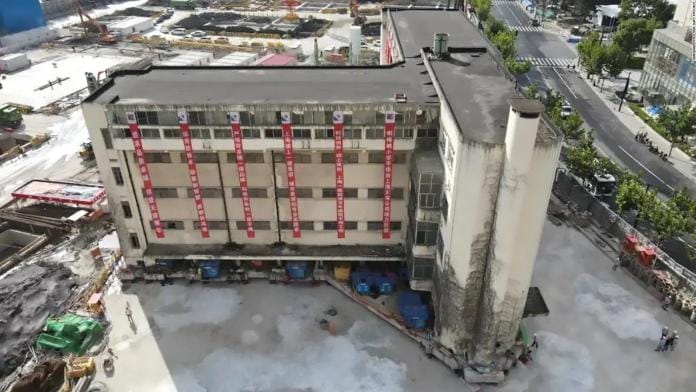 Many times it happens when the miracles of technology become visible on sight. One such shocking example came from the Chinese city of Shanghai, when a hundred-year-old building suddenly began to move. All this happened when the building was moved from one place to another with the help of machine and the building stood as it is. A video of this has also surfaced.

Actually this video has been shared by many users on social media. According to reports, construction work is going on in many places in Shanghai city and old buildings are being shifted. With the help of machines and other equipment running in this episode, the heaviest building ever built was also moved from here to there.

It is said that it took precise measurements and calculations and then a sliding rail was laid to push the building into place. In the final stage of this process the building was lifted off the ground and then completely moved using a new technology called ‘walking machines’.

Experts say this has been done to lift or move buildings around the world, but this is the first time such a heavy building has been moved without any damage. And even when the building is so heavy and so old. Watch his video here.