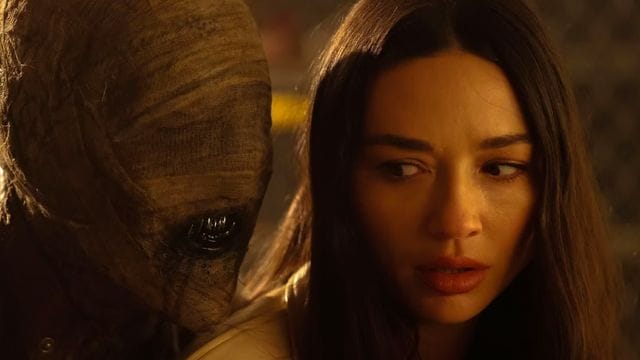 Teen Wolf: The Movie will be released on Paramount+ in January, and fans can now watch the complete trailer for the upcoming Teen Wolf sequel. The first complete trailer for the highly anticipated film, released on Sunday as part of CCXP in Sao Paolo, Brazil, features the return of fan-favorite characters from the series as they prepare to fight with a deadly evil in Beacon Hills and suggests that one familiar face may not be who they seem.

The film is slated to be released on January 26th. Check it out for yourself here. In Teen Wolf: The Movie, when the full moon comes up in Beacon Hills, a terrible evil has also come out. The wolves are howling again, calling for the return of Banshees, Werecoyotes, Hellhounds, Kitsunes, and every other shapeshifter in the night.

But only a Werewolf like Scott McCall (Tyler Posey), who is no longer a teenager but is still an Alpha, can bring together both new allies and old friends to fight back against what could be the most powerful and dangerous enemy they’ve ever faced.

The pack is back to stop a terrifying evil in Beacon Hills. Teen Wolf: The Movie is coming exclusively to #ParamountPlus on January 26. #TeenWolfMovie pic.twitter.com/XVAuMiB8ze

Dylan O’Brien, who played Stiles Stilinski in the movie, said it was “difficult” to decide not to come back. Arden Cho also won’t be in the movie. You can also check out the movie’s poster here.

In an interview with ComicBook.com earlier this year, Hoechlin said, “Well, it’s interesting because Teen Wolf was a reboot, and now we’re kind of rebooting the reboot.” “That was really neat. People don’t often get the chance to work on a show for almost 10 years, take a break for 5 years, and then come back to it “Posey said.

“Just that thought and idea is something I love, and I think it’s really special because I don’t think a lot of people get to do that, you know. But then you know, talking about the actual content of the movie and us being able to work with each other again, and it’s awesome, dude, I’m super excited for the fans to check it out. I think he did a great job writing the script, and it’s fun to read. It’s an exciting time. It’s exciting.”

Teen Wolf: The Movie will premiere on Paramount+ on Thursday, January 26, 2023.