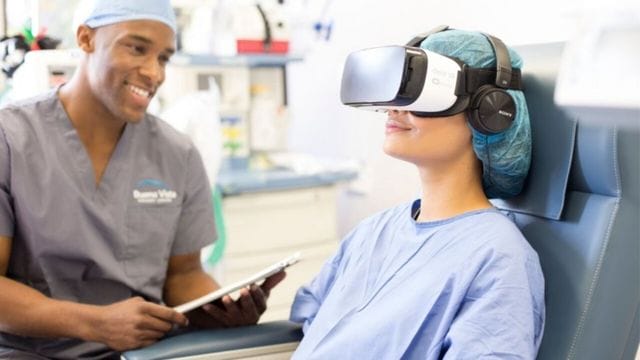 Virtual reality (VR) has always felt like a solution in search of a problem. This was never more evident than with Meta’s latest metaverse misstep, which cost the company more than two-thirds of its stock valuation at the time of writing.

It appears that a technology that has always looked focused on its promise as a gaming gadget may be doomed to disappoint. However, with the recent launch of Penumbra’s Virtual Reality REAL-y platform, VR may find a new lease on life in the rehabilitation segment via video games.

Penumbra revealed the world’s first completely hands-free and untethered VR rehab solution with full-body therapy capabilities on Tuesday. According to GlobalData, there are around 52 million prospective rehab patients in the United States, implying that VR technology has a vast patient base to serve.

Furthermore, GlobalData predicts that the VR market will reach a whopping $80 billion by 2030. If the REAL-y platform can prove its usefulness, Penumbra might capture a sizable portion of this industry. But how exactly does it work?

“Two of the most difficult issues in rehabilitation are retaining patient motivation and lack of involvement,” according to Penumbra executive VP and GM Gita Barry. It is hoped that by ‘gamifying’ therapy, patients will be more interested and complete their activities.

The market does not yet have a fully developed hardware and software ecosystem to support the REAL-y system, so whether or not this gamble pays off remains to be seen. Things are promising; if the REAL-y system can overcome the engagement and motivation issues that have plagued the field of physiotherapy, it may begin to see a lot of engagement.

Another critical question is whether these gadgets are covered by insurance. In the United States, reimbursement has a big influence on whether or not a device is adopted by the healthcare business, as it significantly reduces the cost to the client. Penumbra will have to demonstrate the value of its gadget in order to receive payment.

However, GlobalData predicts that Penumbra and the larger ‘VR as a rehabilitation tool’ industry will benefit from a number of tailwinds. The proportion of aged persons is increasing, as is the demand for rehabilitation. Because these patients are also wealthier than their younger counterparts, the rehabilitation industry can expect an influx of wealthy patients in the next decades.

Furthermore, these devices are becoming more common with the increasing acceptability of software and gadgets as medical equipment. This may increase the possibility that the FDA will approve them for reimbursement status, as happened with telemedicine devices during the Covid-19 outbreak.