Researchers found that between 2011 and 2022, the number of stars that could be seen at the observation sites went down by 10%. 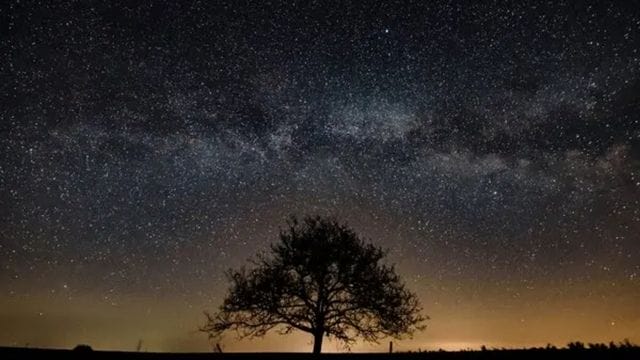 A new study has found that the night sky is getting brighter, which is making the stars get dimmer. Researchers found that the effect caused by the constant glow of electric lights at night seems to be getting worse after they looked at data from more than 50,000 amateur stargazers.

Researchers found that from 2011 to 2022, the number of visible stars at the observation sites decreased by an amount that showed a 7–10% annual increase in the brightness of the night sky. This was higher than what satellite data had shown before. The results, which were published in the journal Science, show that artificial light is making the background sky brighter by 10% each year, which is hiding the faintest stars.

“Every year, we have less and less chance to see the stars. You are in a very dark place if you can still see the faintest stars. But if you only see the brightest ones, you’re in a place with a lot of light pollution, said Fabio Falchi, a physicist at the University of Santiago de Compostela.

Based on data from satellites, a 2017 study found that the amount of artificially lit outdoor space on Earth at night was getting brighter and bigger by about 2% per year. Light pollution has made people worried about how it affects the environment and how it affects people and animals. For example, research has shown that light pollution is bad for fireflies, which have special organs and flashes that let them communicate with each other and attract mates.

Christopher Kyba, a physicist at the German Research Centre for Geosciences in Potsdam and co-author of the study, said, “The 10% annual change is a lot bigger than I expected. It’s something you’ll be able to see in your lifetime.” This is what Kyba and his colleagues said: On a clear night, a child is born when 250 stars can be seen. By the time that child is 18 years old, only 100 stars can be seen.

The data for the study were collected in the same way from amateur stargazers who took part in the non-profit Globe at Night project. Volunteers try to find the constellation Orion. They should remember the three stars that make up his belt and compare what they see in the night sky to a series of charts that show more and more stars in the area.

Researchers said that there are more things that can be done to reduce light pollution, such as making better plans for the direction, size, and type of lights that are used.

“We will never reach a point where there is no light in the sky over cities, but that is true. However, it is conceivable that, with superb design, the Milky Way could be visible above towns with as low as a few hundred thousand residents “Kyba remarked.

Feeling Stiff and Ache in Your Joints This Winter? Take Charge of Your Home Life With These 6 Suggestions!!