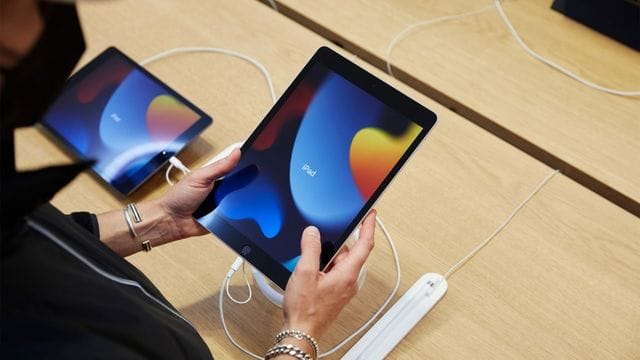 Two sources close to the Indian government say that India is looking into ways to bring some iPad production from China to India. The tech giant is said to be talking with government officials all the time. No concrete plans have been made, but if the effort works, Apple’s presence in the country will grow.

Apple said earlier this year that it had started putting together its top-of-the-line iPhone 14 in southern India. Since a few years ago, the tech giant has been making older models of the iPhone in the country.

After two weeks of protests in China over Beijing’s strict zero-Covid policy, the tech giant wants to move more of its supply chain away from the country. Early in November, Apple said that the lockdowns in China would cause iPhone shipments to be delayed. Since then, analysts have been lowering their iPhone sales estimates for the important holiday quarter.

The Wall Street Journal reported over the weekend that Apple is actively looking to move production out of China and into other Asian countries, such as India and Vietnam.

Sources warn, though, that these plans could be slowed down in India by a lack of highly skilled workers and people who know how to make complex devices like the iPad. The fact that relations between India and China are getting worse also doesn’t help. In recent years, India and China have been fighting over land, which has led to a bigger military presence at the border between the two countries.

Gene Munster from Loop Ventures thinks that 10% of iPhones are made in India, but he thinks that production will only go up slowly.

“I think that 35% of them will be made in India in five years,” said Munster. “I think that in the next five years, Apple will start making iPhones in places other than India and China. Vietnam, Malaysia, and the United States.”

Harsh Kumar of Piper Jaffray wrote in a note to clients today, “Apple has tried to move production out of China, but India still makes less than 5% of the iPhone 14 and is only likely to help a little bit at this time.”