Somy Ali, Salman Khan’s Alleged Ex-girlfriend, Said That She “Had It Worse in Terms of Verbal, S*xual, and Physical Abuse”

Somy Ali claimed that Salman had beaten women and shown other signs of misogyny. 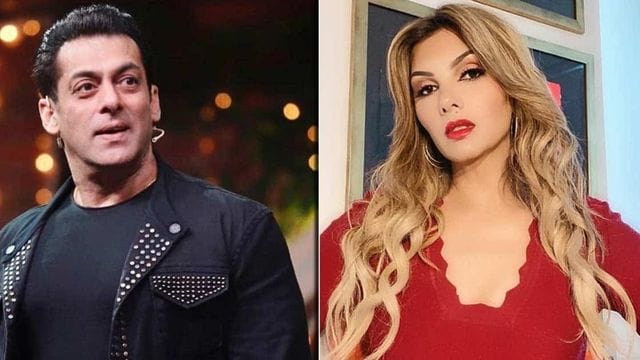 Salman Khan, a Bollywood star who has been number one at the box office for almost 30 years, has been in a number of big hits. But more than his movies, it was his personal life that made the news. In the past, his relationships with Somy Ali, Aishwarya Rai Bachchan, Katrina Kaif, and Sangeeta Bijlani made a lot of news.

Somy was very open about her relationship with Salman and his family, while many other actresses kept quiet about their relationship with him. The actress has again said on social media that Dabangg Khan has been violent toward her at home.

Somy Ali posted a list of frequently asked questions on Instagram. When asked why she had deleted some of her old posts, she said, “Yes, because I had used profanity and my anger got the best of me. As the executive director of an NGO, it did not sit well with me to have profane posts on my social media. Thus, I deleted them.”

People often ask her another question: “What happened between Somy Ali and Salman Khan?” She wrote in the post, “The eight years I spent with him were the worst of my life.” He had a lot of affairs and one-night stands, and he was always putting me down by calling me ugly, stupid, and dumb. Every day, he made me feel like I was worthless and small.

“For years, he didn’t call me his girlfriend in public. When he finally did, he insulted me in front of his friends and yelled at me all the time. I don’t feel bad about saying that, because of how he treated me, I chose to have affairs, which are basically a search for someone to care about and love me,” the former Bollywood actress wrote.

Somy Ali went into more detail about what she and Salman Khan did. She said that the actor from Tiger 3 was misogynistic and beat women. “Someone who wouldn’t make fun of me and would be nice to me. Unfortunately, I didn’t know that these men were just using me. I thought we were building a future together, but they were just using me.

When Salman found out about these affairs, he was brave enough to tell me, after beating me, that only men can cheat, not women. I was shocked by that statement and how sexist it was. Let’s not forget that Salman or anyone else is the same as everyone else, even if they are nice to you. “I had it the worst in terms of verbal, s*xual, and physical abuse,”  she said.

She also explained why:  “What took you so long to come out and talk about what you went through with Salman?” “This is by no means breaking news,” the former actress said. From the early 1990s to 1999, if you look through any tabloid or film magazine, you will find stories about how Salman abused Somy physically.

Since Last October, Jio True 5g Has Been Available in 72 Cities and Towns: Here You Can See the City Names!!