Singer Lisa Marie Presley Daughter of Elvis Presley Dies at the Age of 54 Due to Cardiac Arrest!!

According to the entertainment website TMZ, Lisa Marie Presley had a heart attack in her home in the Los Angeles suburb of Calabasas. The next day, Thursday, she was taken to the hospital. 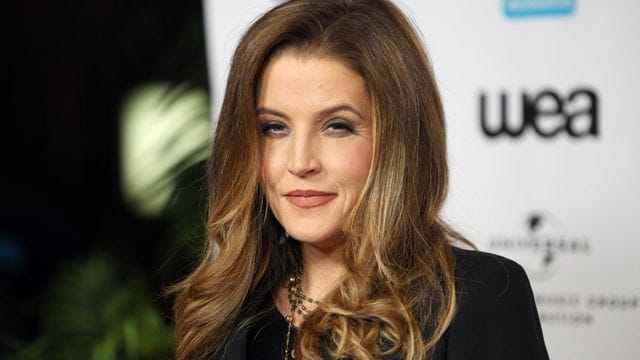 Lisa Marie Presley, a musician and Elvis Presley’s only daughter, died on Thursday after being rushed to a hospital near Los Angeles, her mother said.

“It breaks my heart to tell you that my beautiful daughter Lisa Marie has died,” said Lisa Marie’s mother, Priscilla Presley, in a statement. Lisa Marie Presley was 54.

“She was the most strong, loving, and passionate woman I’ve ever met. We’d like to be left alone while we try to deal with this terrible loss “Added to the statement. According to the entertainment website TMZ, Lisa Marie Presley had a heart attack in her home in the Los Angeles suburb of Calabasas. The next day, Thursday, she was taken to the hospital.

She was born in 1968, and she owned Graceland, the popular tourist attraction in Memphis that her father had built. In 1977, when Elvis died at Graceland, she was nine years old.

“To Whom It May Concern,” her first album, came out in 2003 and was the start of her own music career. It was followed by “Now What” in 2005, and both albums made it into the top 10 of the Billboard 200 album chart. In 2012, “Storm and Grace,” their third album, came out. She had four marriages. In 1994, just 20 days after getting divorced from musician Danny Keough, she married pop star, Michael Jackson.

The famous couple got a divorce in 1996 when Jackson was being sued for molesting children. In 2002, Presley married Nicholas Cage, who was a big fan of her father. After four months, Cage filed for divorce.

Michael Lockwood, her guitarist, and music producer was her fourth husband. In 2021, they officially split up. She was a mother of four. Benjamin Keough, her only son, died in 2020 when he was 27 years old. Riley Keough, who is 33 years old, is an actress. Her other two girls are 14-year-old twins named Harper and Finley Lockwood.

Lisa Marie Presley was a singer and songwriter from the United States. She was Elvis Presley and Priscilla Presley’s only child, and she was also the only person who could inherit her father’s estate. Presley made a living in the music business and released three albums: To Whom It May Concern in 2003, Now What in 2005, and Storm & Grace in 2012.

The Recording Industry Association of America gave her first album the Gold award. Presley also put out singles that were not part of an album. These included duets with her father that used tracks that he had put out before he died.

Stay tuned for more news and bookmark our website for latest news.

Anupam Has Dubbed the Pitcher’s Product “Wahiyat,” Aman Has Asked for It to Be Discontinued!!

Drew Taggart of the Chainsmokers is Dating Selena Gomez. On a Bowling Date, Two…

Liam Hemsworth Isn’t Bothered by Miley Cyrus’s Diss of Flowers, and He…