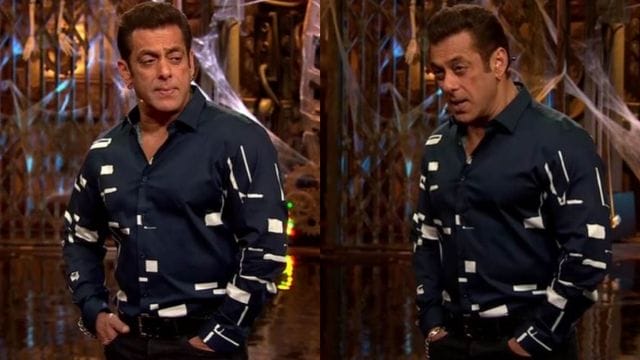 It is imperative that you watch Dabangg host Salman Khan’s “Weekend Ka Vaar” on COLORS “Bigg Boss 16,” as it will feature some shocking revelations. In the most recent episode of Big Brother 16, housemates were had to perform a task referred to as “Paap Ka Ghada” as a means of meting out punishment for their transgressions.

The housemates were required to name the person who, in their opinion, has been the most disobedient throughout their time in the house. The one that they chose was then sprayed with a tar-like substance using water.

Contestants unleashed all of their pent-up tension in the most explosive way possible during this task, which helped bring the tension to a head. It was fascinating to see who in the home had sinful tendencies and who did not have those tendencies.

Tina Datta discovered shortly after completing this task that her close friend Shalin Bhanot had disparaged her to Soundarya Sharma. She claimed that she is being used by Shalin, who has a reputation for being a liar.

Shalin justified his badmouthing by claiming that he was upset, but Tina insists that she has never spoken ill of him, even after he betrayed her. Tina and Shalin’s relationship has been volatile, and it will be interesting to see if they can recover from this blow.

The drama does not stop here. Shalin Bhanot, who is being questioned for yelling at Archana Gautam during a huge kitchen fight, is not pleased with Salman Khan’s vaar. The megastar claims that many people contributed to the fight, and he is surprised that only Archana was punished.

Shalin stated that he is tired of Archana making personal remarks. His annoyance with dealing with Archana is palpable, as is the tension between host Salman and Shalin as they discuss the mudda.

Salman did not only give Shalin a stern lecture. The host spoke with Archana Gautam, who was chastised for being a motor mouth and instigating contestants with personal remarks. Salman made it abundantly clear that she could be evicted from the house as a result of her reckless behavior.