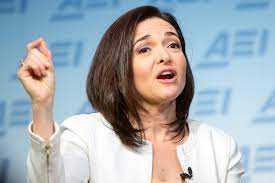 Sheryl Sandberg, Chief Operating Officer (COO) of Metana, the owner of social networking platform Facebook, has announced that she will step down. This information has been confirmed by the company. He will now be replaced by Xavier Olivan as Metana’s new COO.

He was the COO of the company for 14 years

Sandberg, who was instrumental in transforming Facebook from startup to digital leader, announced on Wednesday that he would be stepping down after 14 years in the position. He said on his Facebook page that now is the time for a new chapter in life. She joined the company in 2008, four years before Facebook went public. During this long tenure, Sandberg handled Facebook’s digital advertising business very well. He is credited with turning Facebook into a 100 billion business. For this reason, Sandberg is second only to Facebook founder Mark Zuckerberg in the company.

New responsibility on the shoulders of Xavier Olivan

Zuckerberg said in a Facebook post that Javier Olivan will take over as Meta’s new COO. Till now, he has been looking after the functioning of Facebook, Instagram, WhatsApp and Messenger apps. Olivan, from Spain, has a master’s degree in business administration from Stanford University.