In the last episode of Season 2 of Shark Tank India, Amit Jain made fun of Namita Thapar by calling her a "husband beater." This is what happened after she said something funny about tasers. 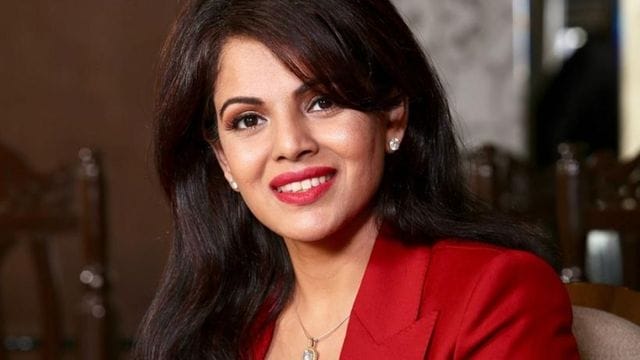 The Sharks’ jokes about each other made the January 19 episode of Season 2 of Shark Tank India very funny. In the last episode, after fighting for days, the Sharks finally had a funny, light-hearted moment. In Shark Tank 2, which came out on January 2, entrepreneurs from all walks of life pitch their products to big-time investors, also known as “Sharks.”

In the last episode, Amit Jain, Peyush Bansal, Namita Thapar, Aman Gupta, Vineeta Singh, and Anupam Mittal were all there, along with the other sharks. Like every other episode, there were three pitches in this one.

1) At the beginning of the episode, Abhay Sharma and his sister Smaritika Sharma pitched their company, Smart Stick Guardian. Their company makes adventure safety gear with a flashlight, SOS alarm, and taser for people who like to go on trips. It’s built to deal with wild animals. With their taser, they can give animals a small shock that won’t hurt them.

2) Gitika and Anand Gupta, who are husband and wife, took the stage for the second pitch to talk about their paratha and pakoda business. Their restaurants serve parathas and pakoras that are crispy and don’t use any oil. They also have a kitchen set up in the cloud. Anand didn’t say much during the pitch, so the Sharks played a joke on him.

3) Four childhood friends, Madhur, Ashish, Bhushan, and Roshan, came on the show for the final pitch. All of them started a furniture company that uses recycled plastic to make furniture. They asked for Rs 50 lakh for 8% of the company. The friends also have a business that takes care of trash. In the end, all of the Sharks backed out of the deal.