Shark Tank India Season 2: People Are Making Memes Related to the Judges! Here Are Some Memes!!

The second season of Shark Tank has made a lot of noise online. A lot of people have shared their opinions and memes. Here are five of these memes that will make you laugh out loud. 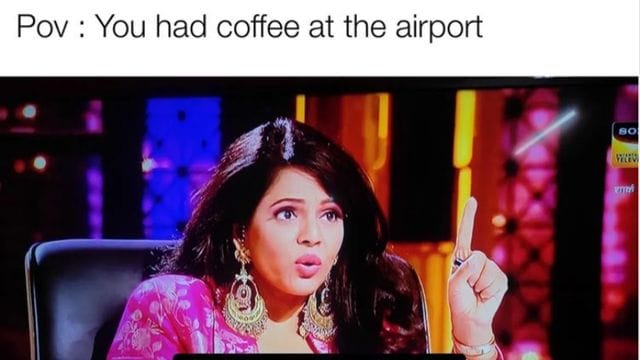 The first season of Shark Tank India created a lot of excitement among people and brought people’s attention to the entrepreneurial spirit that exists in India. People are captivated by their screens as they watch new concepts and companies since the episodes of the second season have begun broadcasting on Sony TV from Monday to Friday at 10 o’clock in the evening.

As a result of this, a lot of people have started talking about reality TV programs on a variety of social media sites and sharing memes related to them. The following is a selection of memes for your viewing pleasure. Take a look at them in the following list:

Someone sent this funny picture to people who try to do yoga in the morning. “You are more Indian than Indians,” Anupam Mittal says in the picture.

When you do Surya Namaskar after waking up early in morning pic.twitter.com/WZ2i3U0tD4

Gaurav, a different Twitter user, posted a series of memes in which he talked about how each judge reacted to the business plans.

The same person on Twitter posted another thread of memes about judges investing in businesses.

A fourth user posted Namita Thapar’s reaction and linked it to something that actually happened.

Last but not least, netizens missed Ashneer Grover when he wasn’t on the show. People have posted memes about it.

Anupam Mittal, Vineeta Singh, Peyush Bansal, Namita Thapar, Aman Gupta, and Amit Jain, who took over for Ashneer Grover, are the judges for season two of Shark Tank India. But this time, Gazhal Alagh, who started MamaEarth, is not on the panel.

Bigg Boss 16: Salman Khan Teaching Archana a Lesson and Telling Her That She Has Come in “Khairaat”!!

Watch Deepika Padukone and Ranveer Singh Party on a Yacht While She Wears a Yellow Bikini and White Shirt!