Meet Bhaskar KR. Whose journey from waiting tables to building a Puranpoli empire worth billions of dollars is incredible. You may read about it here. 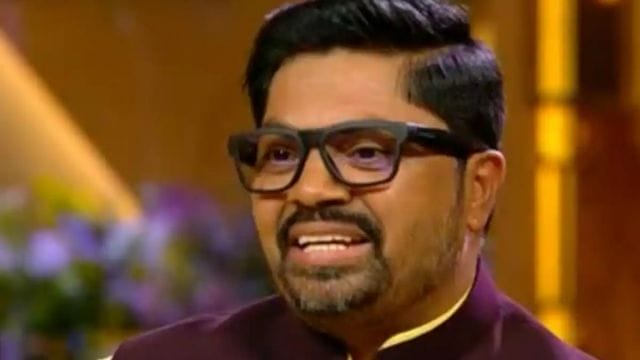 What do you need to start your own business? To be an entrepreneur, you need more than just technical skills and business sense. You also need the drive to take risks and never give up. In the most recent episode of Shark Tank India Season 2, Bhaskar KR, an entrepreneur, showed the same thing. When the sharks and the crowd heard about Bhaskar’s journey, they were both amazed.

The man from Karnataka now runs a food business in his home state and in Maharashtra that is worth crores. His brand, “Bhaskar’s Puranpoli Ghar,” is well-known in both Karnataka and Maharashtra, and he wants to grow it all over the country. When sharks asked him how he got to be so big, he told them a story that was honest, simple, and full of confidence.

Bhaskar said that when he was young, he waited on tables and cleaned up at a restaurant in Karnataka. He did a few other odd jobs for about eight years before he finally decided to just open a roadside Puranpolis corner where he would cook Puranpolis himself. When people liked what he did, he slowly moved up the ladder and bought a bigger corner that he turned into a shop.

Bhaskar’s Puranpoli Ghar started in Karnataka and couldn’t be stopped there. He now has several franchises of his brand in the state, and his brand is also well-known in Maharashtra, where he has a stronghold. Bhaskar worked with Vittal Shetty and Saurabh Choudhary to grow his business in Maharashtra, and on Shark Tank India Season 2, he asked for Rs 75 lakh for 1% equity.

The sharks didn’t give him any money because he already has a business that is running well and making a lot of money. Many of the sharks thought that with such a strong business, Bhaskar KR didn’t need any money and was just there to market his brand.

But they liked him for going on the trip. The sharks told Bhaskar that his story was inspiring and thanked him for being a great example of someone who never gives up.