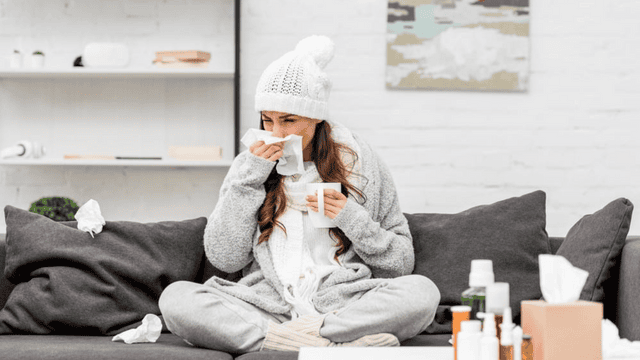 A group of academics may have worked out why people are considerably more susceptible to catching colds and flu when temperatures drop in the winter. The latest study, described as a breakthrough by the scientists’ colleagues, establishes a link between cooler air temperatures and a reduced immune system.

“This is the first time that we have a biologic, molecular explanation for one element of our innate immune response that appears to be reduced by cooler temperatures,” said Zara Patel, a Stanford University rhinologist who was not involved in the study.

The study could not be more timely. The cold and flu season has returned with a vengeance this year after being visibly absent for several years due to the COVID-19 pandemic, as people’s bodies haven’t been exposed to the regular number of viruses.

The researchers discovered that a nine-degree Fahrenheit reduction in temperature can kill over half of the cells that fight germs and viruses within the nostrils in their study, which was published today in The Journal of Allergy and Clinical Immunology.

There is one key limitation to the study. “It’s important to realize that these are in vitro studies, which means that while human tissue is being studied in the lab, it’s not being studied inside someone’s actual nose,” Patel told the broadcaster.

That implies there’s still a potential that the findings won’t be applicable in practice. “Often, but not always, the findings of in vitro investigations are confirmed in vivo,” Patel remarked.

The results, at least in theory, are persuasive. The researchers discovered that extracellular vesicles (EVs), which are miniature versions of cells that cannot divide like ordinary cells, can protect the nostrils from respiratory viruses and invading germs. In reaction to these invasions, the body expels EVs into the nasal mucus, where they prevent pathogens from entering the body further.

Even a minor temperature drop can significantly reduce EV production, as well as knock down other defenses, such as micro RNA, which can also combat germs, according to the study.

According to Bleier, the researchers discovered that the temperature reduction was enough to destroy around 42 percent of EVs, resulting in an approximately 50 percent decrease in the immune system’s ability to ward off infection.

Fortunately, we are not completely unprotected in the cold. Wearing a mask keeps our nasal canals from being too cold throughout the winter, which is a surprisingly simple technique to keep the cold and flu away.

“Perhaps another reason to wear masks!” Patel reached a conclusion.