Sanjay Dutt Discusses His Desire to Forgo Cancer Treatment: My Mother and Wife Both Died of Cancer, and I Refused Chemotherapy!!

Sanjay Dutt has talked about how he was told that he had cancer when he was by himself. He also said that he would rather die than go through chemotherapy. 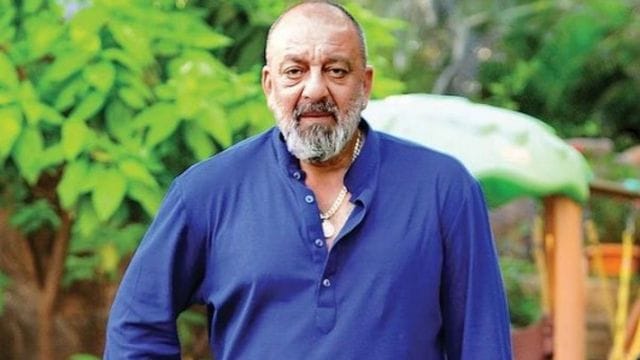 Sanjay Dutt recently talked about being diagnosed with lung cancer in 2020, when he was making the movie Shamshera. He has said that he wasn’t told about the disease properly because he wasn’t with a family member. Sanjay beat cancer and is now famous for his ripped biceps and triceps, which you can see in pictures of him working out.

Sanjay Dutt was getting treatment for his cancer while he was filming KGF 2. He filmed intense action scenes and worked out at the same time.

Sanjay recently spoke at an event about how he found out he had cancer. According to ETimes, he said, “I had a backache and was given a hot water bottle and painkillers until one day I couldn’t breathe. I was taken to the hospital, but the cancer news wasn’t told to me in the right way. No one was around me at that time, not my wife, my family, or my sisters. I was by myself when this guy came up to me and said, “You have cancer.”

The actor also said that after he found out what was wrong with him, he would rather die than go through chemotherapy. He said, “Since my wife was in Dubai, Priya came to visit me. My first thought was that when you hear something like this, it makes you look at your whole life. My family has a history of cancer. My mother died of cancer of the pancreas, and my wife, Richa Sharma, died of cancer of the brain. So, the first thing I said was, “I don’t want to take chemotherapy.” If I’m going to die, I’ll just let it happen. I don’t want any help.”

At the time, Maanayata had flown in from Dubai to be with Sanjay, and his sisters Priya Dutt and Namrata Dutt also came to help him. When KGF 2 came out, Maanayata wrote a powerful note about how the film was made when they were at their weakest.

“In more ways than one, making the movie has been a special journey for us. People who have called him careless, uncommitted, or a bad boy should watch this movie to see how determined, dedicated, and committed he is. Sanju made this movie when he was at his weakest, just like we all are. “He shot all those hard scenes with the same passion as always, without complaining,” she wrote.

Stay tuned for more news and bookmark our website for the more latest news.

Taslima Nasreen Reacted on Rakhi Sawant’s Wedding to Adil Khan, Saying Islam Will Have No Place in Modern Society!!