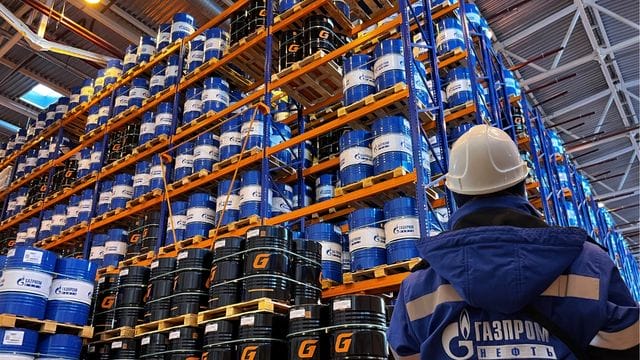 A few days before its ban on most imports goes into effect, the European Union has agreed on a price cap for Russian oil.

The president of the European Commission, Ursula von der Leyen, confirmed on Twitter that Poland had agreed to the deal. This was an important step in the West’s efforts to punish President Vladimir Putin without making the world economy worse off.

“Today, the European Union, the G7, and other global partners agreed to put a global price cap on Russian oil shipped by sea,” von der Leyen said. He added that this would strengthen sanctions against Russia, reduce Moscow’s income, and stabilize energy markets by letting EU-based operators ship the oil to third-party countries if it was priced below the cap.

An EU person with knowledge of the matter told CNN on Friday that the bloc’s 27 member nations decided to establish the cap at $60 per barrel.

Following US pressure, the West’s major economies agreed earlier this year to impose a price ceiling and promised to work out the details by early December. But coming up with a figure had been challenging.

Capping the price of Russian oil between $65 and $70 per barrel, a previously discussed range, would not have caused the Kremlin much hardship. Russia’s benchmark, Urals crude, has already been trading within or around that range. EU nations such as Poland and Estonia had lobbied for a lower threshold.

“Today’s agreement to cap oil prices is a step in the right direction, but it’s not enough,” Estonia’s foreign minister tweeted on Friday. “The plan is good, but the execution is bad.”

The price of $60 is almost $27 less than the price of Brent crude, which is the global standard. In the last few days, Urals has been sold at discounts of about $23. According to Reuters, the EU agreement had a way to change the level of the cap so that it was always 5% lower than the market rate.

The risk of agreeing to a lower price is that Russia might respond by cutting its output, which would shake up the market. Russia has already said that it will stop giving oil to countries that follow the cap.

With EU members in agreement, the last major barrier to a broader G7 accord was removed. According to a top US Treasury Department official, $60 is okay.

“We continue to believe that the price ceiling will assist limit Mr. Putin’s capacity to benefit from the oil market in order for him to continue to fund a war machine that is killing innocent Ukrainians,” National Security Council coordinator for strategic communications John Kirby told reporters.

The price cap is intended to be enforced by companies that supply Russian oil shipping, insurance, and other services. If a buyer agreed to pay more than the cap, such services would be withheld. The majority of these companies are based in Europe or the United Kingdom.

Investors are already nervous, with the European Union’s embargo on Russian oil transported by water slated to take effect on Monday. Traders are concerned about the impact of that policy, as well as unresolved doubts about the price cap.

“There is so much ambiguity, skepticism, and lack of clarity about the policy that no one is really sure how to proceed,” said Richard Bronze, head of geopolitics at the research firm Energy Aspects.

Oil prices have fallen dramatically since the summer as a result of China’s coronavirus lockdowns and global recession fears. OPEC and Russia announced a significant reduction in output in October, although this had little long-term influence on prices. The EU embargo and efforts to create a price restriction may cause them to rise again.