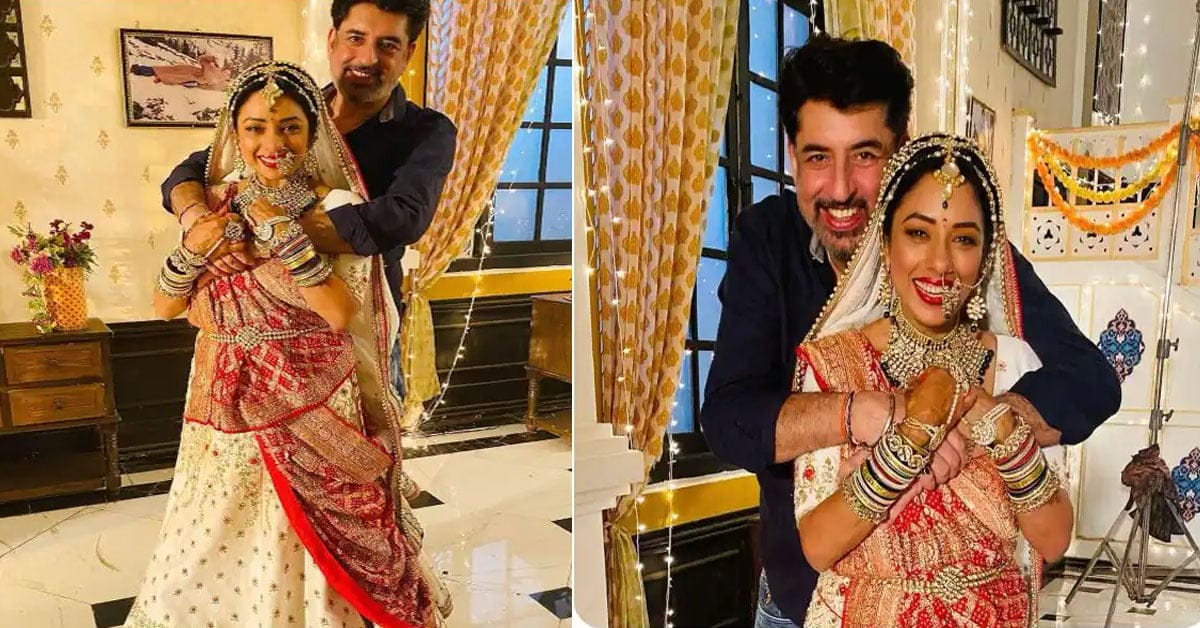 A lot of people including Rupali Ganguly were working hard to shoot this track. Now Rupali Ganguly’s husband Ashwin K Verma has tried to surprise Rupali by coming on the set. Rupali Ganguly also posed a lot with her real life husband. This photo is making a lot of noise on social media. Rupali Ganguly is seen as a bride in the photo seen on social media. In the photo, she is posing differently with her real life husband. Sharing this photo, Rupali Ganguly wrote in the caption, ‘When Anuj Kapadia came to meet me in my real life.’ This photo is getting a lot of love from the people. In this photo, Rupali’s co-star Gaurav Khanna has said in a comment, “Yeh hui na baat…” Let us tell you that Gaurav Khanna is playing the role of Anuj in this serial. A new twist is going to come soon in Anupama. After marriage, Anupama Hussain Khushi will reach her father-in-law. From here the people of Anuj’s house will enter. This is where things get difficult for Anupama. According to media reports, Anupama will soon go to her father-in-law and will be very sad. Gradually, the makers of the serial will focus on Anupama and her father-in-law’s house. People will rarely get to see the story of the Shah family in this. Don’t worry if your slippers are stolen on this day, Panoti will be gone

Instagram down in India, people’s anger on social media