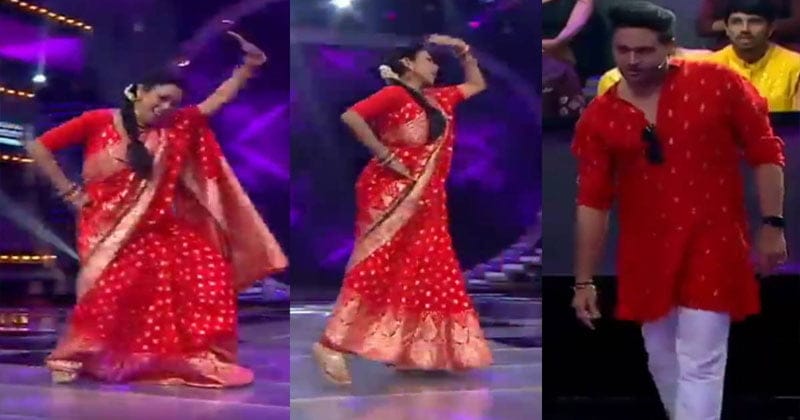 Anupama is one of the most liked serials. The story of this serial and its cast have made this serial the most popular. Rupali Ganguly, the lead actress of Anupama serial, is playing the role of Anupama in the serial.

Actor Gaurav Khanna is playing the character of Anuj Kapadia in front of him. The chemistry between the two is quite fun to watch. The TRP of the serial was at the top when the story of their marriage was going on in the serial. At this time a video of a couple singing Sami-Sami is going viral.

This video of Rupali and Gaurav is from during an event of Star family. It can be seen in the video that Rupali Ganguly is dancing on Pushpa’s superhit song Sami-Sami. She is also following the hook step of the song. On this song, Rupali has done a very beautiful dance in a red sari. She is looking very beautiful in this.

At the same time, Gaurav Khan was seen imitating A. Allu Arjun. Gaurav was seen walking with one shoulder high. Gaurav also wore a red color outfit. After the dance, both of them got a lot of applause. Rupali Ganguly made headlines for the entire program.

Let us tell you that Gaurav Khanna has been attracting a lot of attention ever since he appeared on the show and slowly he has become one of the most talked about actors in the industry. Be it looks or talent, he is at the forefront of everything. Viewers are also choosing Anuj Kapadia and Anupama in the show.

Fans will meet this special person, party will be ruined on Anupama

Is Google listening to your personal story somewhere? Find out why ads show for everything