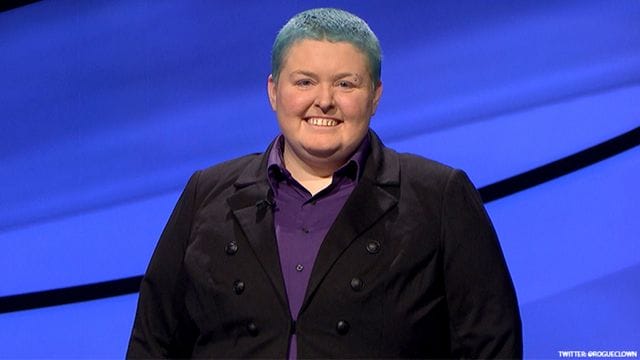 Ward advanced to the Tournament of Champions by winning the two-day final of the Second Chance Tournament, and he could be the first nonbinary player.

Rowan Ward, a nonbinary contestant, has won a spot on Jeopardy! With a victory in the Second Chance Tournament, he qualified for the Tournament of Champions.

The Second Chance Tournament featured competitors who had previously lost to “superchamps” such as Amy Schneider, Matt Amodio, and Mattea Roach. Ward had been defeated by Amodio, who had a 38-game winning streak in the 2021-2022 season.

Ward, a horse racing-focused sportswriter based in Chicago, won a semifinal game in the Second Chance Tournament on Wednesday, advancing to a two-day final round against the semifinal winners from Monday and Tuesday, law student Jack Weller and interpreter Sadie Goldberger. Ward’s winnings from Thursday and Friday totaled $37,999, putting them in the first place.

“I’m ecstatic,” Ward said in an interview that was posted on the Jeopardy! website. “This is a once-in-a-lifetime opportunity.”

Ward had easily won the Thursday episode, but Weller came on strong in the Friday game and was leading going into the Final Jeopardy! round. None of the three contestants got it right, but Ward had the security of substantial winnings from the Thursday game, so they bet little, whereas Weller, knowing he’d have to bet a lot to beat Ward’s two-day total, bet it all and lost it all.

Ward said in the interview, “Jack was matching my buzzer mojo.” “I knew I was in a difficult match, and I knew that if I got it wrong and Jack got it right, Jack would go to the ToC.” 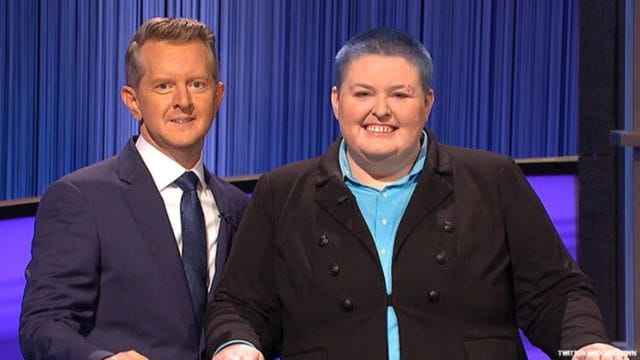 Ward was on the show last year but was not open about being nonbinary and competed under a different name. They had expressed regret about being known by a dead name, but they discussed their nonbinary identity on Wednesday’s episode.

They used their $1,000 third-place prize from last year to cover the costs of their name change, and “now I’m back on Jeopardy! with a second chance as my true self,” they told host Ken Jennings.

The LGBTQ+ community will be represented in the Tournament of Champions not only by Ward, but also by Schneider, who is transgender, and Roach, who is a lesbian. Schneider, a software engineer from Oakland, California, had the season’s longest winning streak, at 40 games.

Schneider, Amodio, and Roach will skip the first round of the tournament so that others will not have to face such formidable opponents, and the three will compete in an exhibition game on November 8.

This week’s Second Chance Tournament two-day finals can be seen below.

Brooke Eden and Hilary Hoover Wed! Everything You Need to Know About Their Double Ceremony

Halloween Special: Horror Films And Shows That Will Give You A Scary Night!