Rishab Shetty Doesn’t Say Anything About Rashmika Mandanna Being Called “Ungrateful” for Her Comments!!

Even though Rishab Shetty tried to talk about the bullying Rashmika is getting, he told Mashable India that there is a long list of actors they have brought into the industry and asked not to talk about. 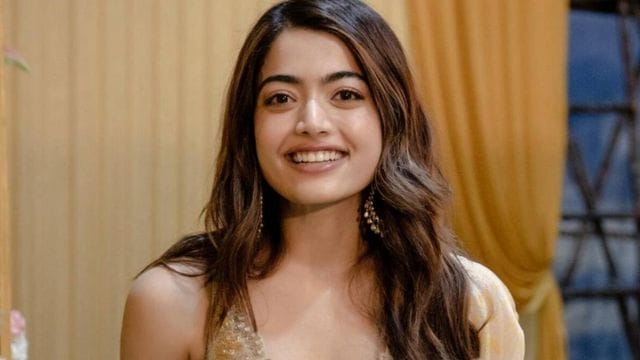 Rashmika Mandanna is really making headlines these days. She is about to star in a spy thriller called Mission Majnu, which is sure to impress audiences. But not everything is for a good reason. When the actress said she hadn’t seen Kantara yet, she recently got a lot of bad feedback.

Rashmika was also cruelly teased a few weeks ago when she talked about the success of her first movie, Kirik Party, but didn’t mention the name of the production house, her co-star Rakshit Shetty, or the director, Rishab Shetty. Since then, Rishab’s fans have called Rashmika “ungrateful” and given her a lot of bad comments.

Fans thought she was being rude to Rishab, but the Kantara star didn’t seem to stop his army; instead, he seemed to add fuel to the fire. In his most recent interview, Rishabh was seen poking fun at Rashmika in a subtle way.

Rishab recently shared a bunch of pictures from the set of his movie Kirik Party on his Instagram account to mark the film’s sixth anniversary. The actor posted the photo with a caption in Kannada that roughly translates to, “Even after six years of Kirik Party, your noise, commotion, and whistles that brought life to the party are still echoing in our ears. It makes you remember. Thank you to everyone who helped with this party.”

In an interesting move, the Kannada star tagged everyone in the movie except for Rashmika, who plays the main character. Now, for those who don’t know, Kirik Party came out in December 2016, and Rashmika and Rakshit got engaged in July 2017. But in September 2018, they broke off their engagement because they didn’t get along.

Rashmika was most recently seen at work in Thalapathy Vijay’s movie Varisu. The actress will be in both Bollywood and South movies in the near future. Rashmi is getting ready for the release of her next movie, Mission Majnu, in which she will act alongside Sidharth Malhotra. Rashmika has also worked with Ranbir Kapoor and Allu Arjun in the movies Animal and Pushpa: The Rule.

Selfie First Look: Selfiee is an Adaptation of Driving Licence, a 2019 Malayalam-language Comedy-Drama!!