There were reports that the passenger was BJP leader Tejasvi Surya. This led the Congress to attack the Karnataka MP. 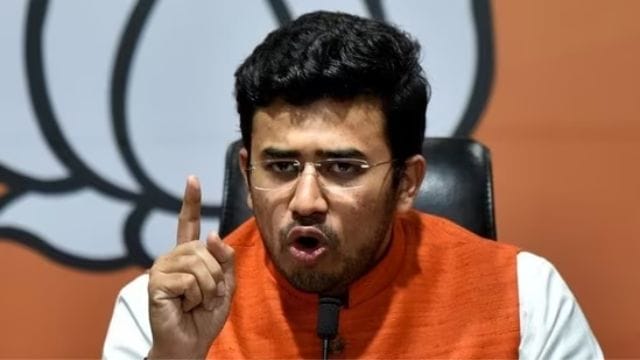 Last month, a passenger on an IndiGo flight accidentally opened the emergency exit at the Chennai airport. He said he was sorry, but the airline allegedly did nothing after that. The flight was late because the plane didn’t leave for Tiruchirapalli until it had passed strict engineering checks.

Reports that the passenger was BJP leader Tejasvi Surya have led the opposition to attack the Karnataka MP, with many leaders asking why an apology was enough to cover up such a serious event.

NDTV has asked Tejasvi Surya about the reports, but neither the BJP MP nor his office has confirmed them.

IndiGo said in a statement released yesterday that a passenger on flight 6E 7339 from Chennai to Tiruchirapalli on December 10 accidentally opened the emergency exit while the plane was on the tarmac during boarding. According to reports, the passenger “laid his hand on the door,” which opened the door.

“The passenger apologized right away for what he or she had done. As per SOP (Standard Operating Procedure), the incident was recorded and the plane had to go through required engineering checks, which caused the flight to leave later than planned “The airline said this without giving the name of the passenger.

People say that the flight was late by more than two hours. A senior member of the Directorate General of Civil Aviation, which is in charge of regulating aviation, said that the event was properly reported and that safety was not put at risk. He said that the passenger had mistakenly opened the “Right Hand emergency exit.”

“Before letting the plane take off, the crew took all the necessary steps to make sure it was safe to fly, like putting the door back on and checking the pressure. There was no risk to safety, “the official from the DGCA told PTI.

Sources at the Chennai airport say that Tejasvi Surya was on the flight with K Annamalai, who is the leader of the BJP in Tamil Nadu. Senthil Balaji, a minister in the Indian state of Tamil Nadu, brought up the event last month. Mr. Annamalai hasn’t said anything either.

In a number of posts, opposition parties went after the MP for Bengaluru South and asked why IndiGo was hiding the name of the passenger.

“Tejasvi Surya is an example of what will happen if the owner is given to children who are playing games. The fact that some kids tried to open the plane’s emergency exit door shows that they were up to no good. Why play jokes with people’s lives?” The Karnataka Congress said this.

“What did the MP want to do? How did you plan to make something bad happen? The Congress asked Prime Minister Narendra Modi, “Why was he moved to the back seat after apologising?” They also asked Modi who he would have blamed for the disaster if the “prank” had caused one “had been done after the plane took off.

The other party asked, “Why isn’t this being looked into?” Priyanka Chaturvedi, an MP for the Shiv Sena, wrote: “Shouldn’t this be taken into account automatically? What if this happened after the plane took off, instead of while it was still on the runway? Would an apology be enough?”

In his post, Karnataka Congress president DK Shivakumar linked the event to this year’s elections in the state. “Always fly with Congress for a safe takeoff and landing,” he wrote on Twitter.