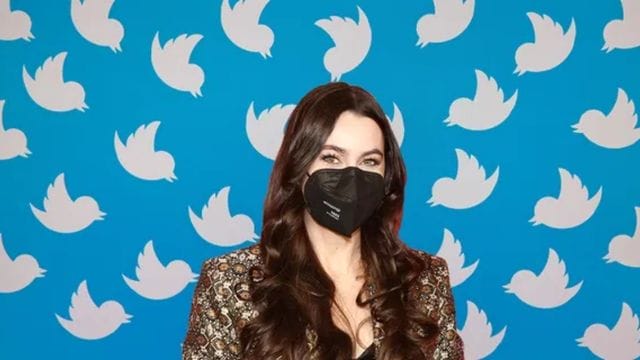 Taylor Lorenz, a Washington Post reporter, announced late Saturday night that she had been suspended from Twitter.

In a Substack post, Lorenz claimed that Twitter CEO Elon Musk was directly involved in the suspension. She also stated that she did not break Twitter’s rules of service and has never done so. “Elon Musk suspended my Twitter account earlier tonight,” Lorenz wrote.

Lorenz stated in the brief post that she had just three tweets up on her account at the time of the suspension, two of which were links to her other social media accounts, and the third was a tweet sent to Musk.

Lorenz stated that she and her colleague Drew Harwell, who was also banned by Musk earlier this week, were “working on a piece featuring Musk and were trying to get [a] reaction from him,” in an email.

“I got suspended when I went to log in to see if he had answered to our inquiry,” Lorenz wrote on Substack. “There was no information from the firm about why I was suspended or what terms I had broken.”

“I’ve been on Twitter since 2010 and have managed Twitter accounts for large media brands such as Verizon, WordPress, The Daily Mail, People magazine, The Hill, and hundreds more,” she continued. “I’ve never received a single term of service or community guidelines infraction for my personal account or any account that I’ve maintained in my 13-year career in social media.”

Lorenz highlighted Twitter in the essay as a “important real-time news source” that has played a “crucial role in the media sector.”

She was critical of Musk’s “arbitrary suspensions of journalists,” saying that such bans “should disturb anyone who cherishes free speech and expression.”

Musk blacklisted many journalists from the Washington Post, CNN, New York Times, and other outlets earlier this week, claiming they revealed connections to his personal real-time position, which he referred to as “assassination coordinates.”

Musk was severely chastised for the prohibitions, but defended his decision at first. He stated that the journalist would be removed from the platform for seven days. Musk altered his mind some hours later.

The CEO of Twitter conducted two polls asking Twitter users if he should reinstate those who had been suspended. Musk respected the decision of the 3.7 million vote participants who strongly supported their reinstatement.

The Twitter CEO maintains his criticism of journalists and claims that the sharing of real-time information puts him and his family in risk.

Musk said in a series of tweets on Saturday evening that he supports free speech but has a hard line against “doxxing,” which he calls a “criminal violation.”

“Free expression is the foundation of democracy,” he wrote in another post.

The journalists were aware of the violent stalker and yet still doxxed the real-time location of my family. Turns out that’s a criminal offense …

Absolutely. Free speech is the bedrock of Democracy.

Lorenz and her fight with Musk persisted before to the journalists’ bans, as she was constantly critical of him and his decision to share internal documents from former Twitter executives, dubbed the “Twitter Files,” in since-deleted tweets.

Lorenz, as her detractors have pointed out, is not afraid of controversy.

She recently made news for calling a colleague “absurd” for tweeting that people shouldn’t be frightened to leave their houses due to COVID fears, and she previously doxxed the name of popular right-wing Twitter personality Libs of TikTok.

“While Taylor Lorenz complains about journalistic ethics, remember the time George Conway had to go on Twitter and publicly urge her to stop contacting his 15-year-old daughter seeking dirt on her mother,” podcaster Noam Blum tweeted on Wednesday.

In 2020, she allegedly promoted a 15-year-TikTok old’s posts on multiple occasions and allegedly sought out to the youngster without her parents’ permission.

While Taylor Lorenz complains about journalistic ethics, let us remember the time George Conway had to go on Twitter to publicly tell her to stop contacting his 15-year-old daughter for dirt on her mom.

Lorenz wrongly accused business tech mogul Marc Andreessen of “using the r-slur” in 2021, which she subsequently acknowledged was an error.

She was also compelled to retract her allegation that she was “relentlessly” harassed by a “Drudge Report editor,” later stating it was a “joke.”