Raveena, daughter of Wadia village, stigmatized prostitution on her own after 12th pass, said this for PM Modi 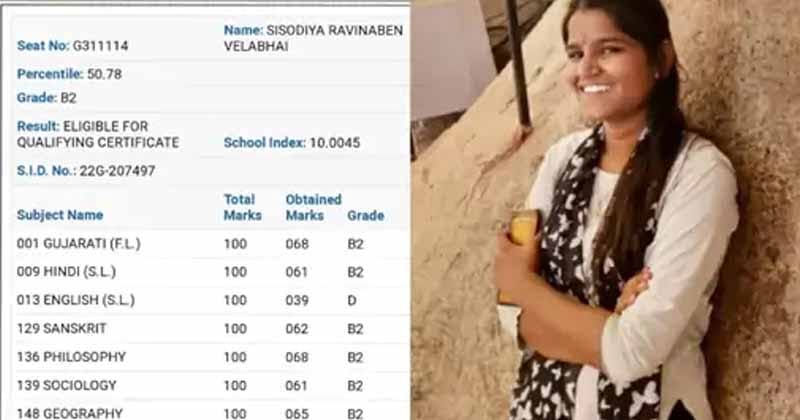 Gujarat is on the path of development. But some bitter truths are also hidden in the streets of Gujarat, which has become a role model of development. One such bitter truth is Wadia village of Banaskantha. This village is infamous for the business of prostitution. Here the family pushes the daughters into prostitution. The people here make their living by trafficking women.

The golden sun has come out after years in this village notorious for prostitution. A daughter of this village has recently made a new beginning by passing 12th. The credit for this new beginning goes to Sevabhavi Shardaben. Shardaben is in a hurry to get the village out of the prostitution crisis. He has been raising and educating the destitute daughters of Wadia for years. Shardaben gives shelter to the daughters so that the new generation of the village does not fall into the trap of prostitution. A daughter here in Teva has succeeded in the tap of Shardaben. Here a daughter named Raveena has passed 12th with 60 percent marks.

Talking about Raveena, the social worker told Shardaben that when Raveena was young, her ailing mother had handed over the responsibility to Shardaben. Raveena’s mother had cancer and kidney disease. Shortly after, his mother died. Shardabe then grabbed Raveena’s hand and stopped her from pushing her into prostitution.

Raveena studied with Shardaben till the seventh standard and then Raveena’s aunt, who lived in Palanpur, took her with her. After that Raveena studied till the bar in Palanpur. This year Raveena has passed 12th and now she wants to go to Tharad College. Raveena wants to become an IPS officer After the result of Raveena came, the collector and big leaders also came to meet her. When the news of Raveena came in the media, Raveena asked Shardaben if Modi sir would read about her.

About Wadia village, Shardaben says that years ago when Raja Rajwada was here, people used to dance and sing. Since then the business of prostitution started. Things have changed in the last few years, but it is not that the havoc of prostitution has stopped here. Still more work is needed here.

Student who has scored 99.95 PR in 10th class is not interested in medical but in this field, he will be proud to know in which field he wants to go.

His father is unhappy with the matter of apology for marrying himself, know what his father said