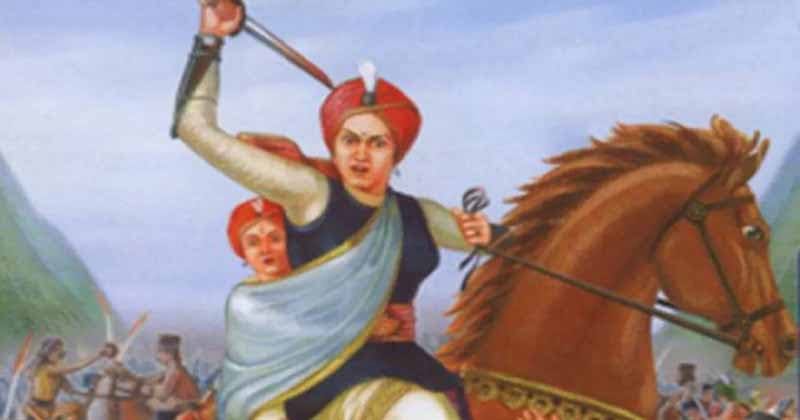 June 18, 1857 was the day of sacrifice of Maharani Laxmibai. On this day, Rani Laxmibai was martyred while fighting the British. Her tomb is presently in Gwalior. Many success stories are found in the history books and there are also photographs of the queen carrying her adopted son on her back and jumping from the fort of Jhansi while fighting against the British. The queen gave up everything to install him as the successor of her son. But very few people know what happened to Damodar Rao after that war. Today we tell you about Damodar Rao, what happened after that war?

Before knowing about Damodar Rao’s life after the war, it is necessary to know how Damodar Rao came to Jhansi. After the marriage of Maharaja Gangadhar Rao and Maharani Lakshmibai, a son was born. But in 1851 the son was murdered in a political conspiracy. The Maharaja then decided to adopt a child to give Jhansi an heir. Anand Rao, a resident of a village near Jhansi, was adopted. Then the British did not want to adopt the status of heir to the son, this sparked a war between the queen and the British.

Hargovind Kushwaha, a well-known historian of Jhansi, says that on June 17, Rani Lakshmibai handed over the responsibility of Damodar to her confidants. To save the heir of Jhansi from the British, he left Damodar Rao in the forest near Datia. But after about 10 days, Damodar Rao was captured by the British. The prince of Jhansi was hungry and thirsty in the restless forest. He had thorns on his feet and his body was covered in blood. The British caught Damodar Rao and took him to his officer. 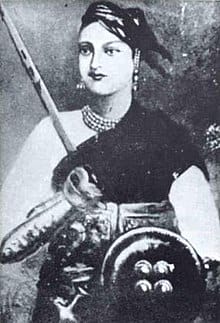 When the British officer was told that this Damodar Rao was the son of Maharani Lakshmibai, the authorities ordered his detention. His heart was broken when his friends convinced him that Aavo was not with his son but with the animal and announced a stipend for Damodar Rao. The British government had to bear the brunt of this. The British took over the responsibility of teaching and living of Damodar Rao.

Damodar Rao continued his studies on a government stipend till he became an adult. Then he got a job in the electricity department in Indore. Here he got married. But at that time his first wife died. After this he married for the second time. Damodar Rao had a son named Lakshmana Rao from this marriage. Damodar Rao died on 28 May 1906 at the age of 56. In their next generation, Lakshmana Rao has two sons, Krishnarao and Chandrakantrao. The family still lives in Indore and there they are known as the people of Jhansi.

Historian Hargobind Kushwaha says that earlier the British did not consider Damodar Rao as the son of Gangadhar Rao. Later Lakshmana Rao was not given the status of his grandson. not invited. Every year programs related to Maharani Laxmibai are organized in Jhansi. From the Prime Minister to the Chief Minister participate in these programs. But the descendants of Rani Laxmibai are not invited.