A model filed a complaint against Rakhi Sawant, so she was taken to the Amboli police station to be questioned about it. 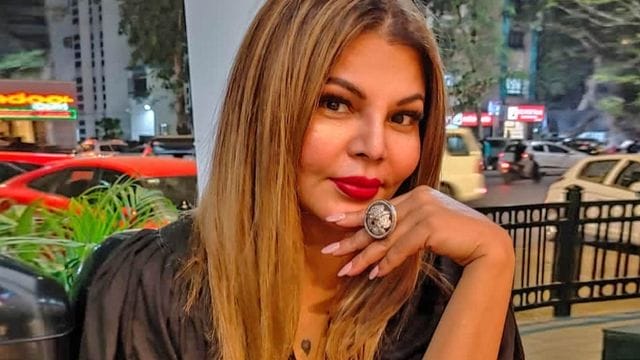 Rakhi Sawant, an actor, dancer, and Bigg Boss star, was arrested on Thursday in the Amboli neighbourhood of Mumbai. A model has filed a complaint against her, so she is being questioned about it right now. According to the news agency ANI, the model said that Rakhi made her inappropriate videos and photos go viral.

Rakhi has not been arrested yet, supposedly because there are no charges against her. She was taken to the police station to be questioned. After that, based on the complaint against her, the police will decide whether or not to arrest her.

Mumbai: Amboli Police detains actor Rakhi Sawant after a woman model complained that she made her inappropriate videos & photos viral. Rakhi Sawant has been brought to Amboli PS for further questioning: Mumbai Police

An FIR (First Information Report) was made against Rakhi and lawyer Falguni Brahmbhatt last year. The person who filed the complaint said that Rakhi and her friend used offensive video and language at a public conference. It’s been registered under sections 354A, 500, 504, 509, and 67A of the IPC and IT Act.

Rakhi is known for saying bold things, both online and in person. Her first movie in Bollywood was Agnichakra, which came out in 1997. She became famous when she was in the dance number “Mohabbat Hai Mirchi.” After that, she was in movies like “Masti,” “Main Hoon Na,” “Shootout at Lokhandwala,” and “Dil Bole Hadippa!”

Rakhi’s private life recently made the news when pictures from her secret wedding went viral. Last year, she got married to her boyfriend, Adil Khan. She wrote on social media, “Finally, I’m happy, so excited, and I got married! My love is 4 Ever, unconditional love for you Adil.” Adil at first didn’t believe that they were getting married, but he later agreed.

Rakhi was also caught up in rumours that she was pregnant and then had a miscarriage. Later, she and Adil said that the claim that she had a miscarriage was false in a post that said, “Fake news. I ask everyone not to publish such fake topics.”

Stay tuned to New Times Of India for more Entertainment News and bookmark our website so that you can’t miss any updates.