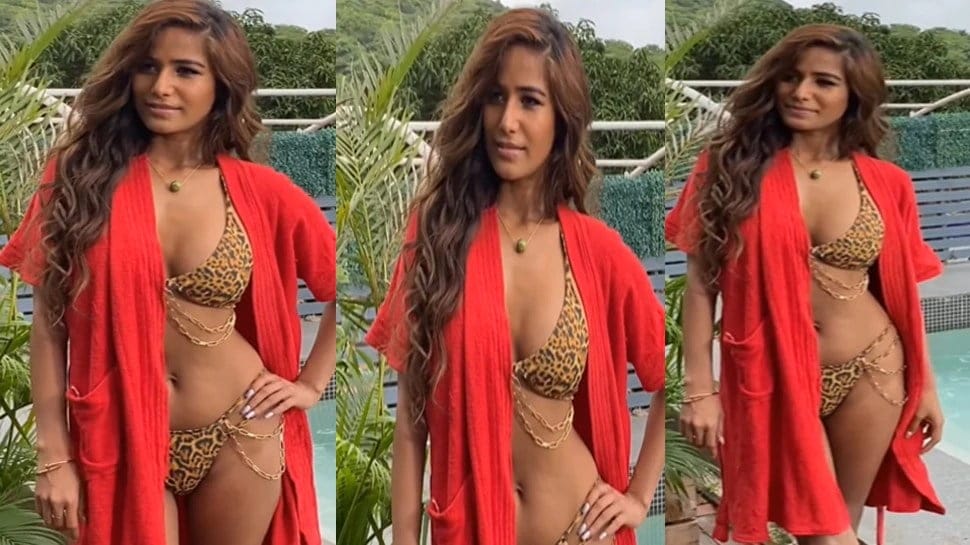 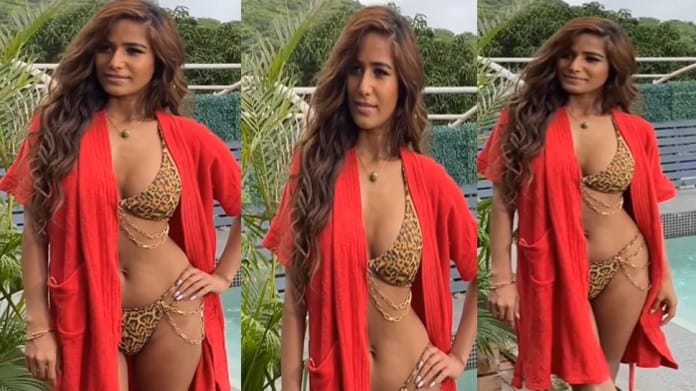 Poonam Pandey is a name that has been doing the rounds on social media for quite some time now, every now and then there is some discussion about her and her boldness has made her more headlines.

Poonam Pandey’s glamorous avatar grabs everyone’s attention, the actress is seen posing in a bikini by the pool

Poonam Pandey, who was seen on Kangana Ranaut’s show Lockup, walked out of the show 1 week before the finale. Poonam’s fan following grew exponentially after the show. Recently a video of Poonam went viral in which she is seen in a bikini, this bikini look made the hearts of the users flutter, Poonam herself shared this provocative video.

Poonam Pandey shared a video in which she is wearing an animal printed bikini. A red colored bathrobe is also worn over this bikini which is completely open from the front. Poonam sizzles in this hot avatar.

With her killer style and sexy poses in front of the camera, this video is going viral on social media more than the hearts of the users. Users are shocked to see Poonam’s hot scene avatar. With the swimming pool visible behind them, fans are loving this hot style of Poonam who is eager to see her swimming.

Also read: Poonam Pandey cried a lot in the lockup episode and made the biggest disclosure of her life.

This video has gone viral on social media. Poonam’s hot look has boosted the song’s enthusiasm, say some users after seeing her picture. You are toxic, watching the video makes my heart sink and I sink myself. More than 4 lakh people have watched the video and more than 82 thousand people have liked the video and gone crazy over its photos. Instant Bollywood shared this video of Poonam on Instagram.