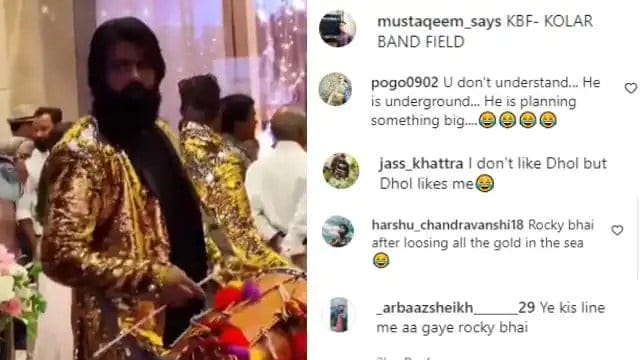 In a video that has gone viral on social media, KGF’s Rocky Bhai i.e. actor Yash is seen playing drums at the event. This video is getting lots of likes and shares and users are commenting on it. But we tell you that these actors are not Yash but their looks are similar. That is, the appearance of this drummer mostly matches that of Yash.

Playing the band at the wedding of Rocky Bhai of KGF? Read the funny comments

In the comment section of the video, a user wrote, ‘Journey from KGF to BGM.’ Another user commented, ‘Rocky bro after losing all the gold in the ocean.’ ‘You don’t understand,’ one person commented, making a funny emoji. He has gone underground and is planning something big.

Someone named this video KBF = ‘Collar Band Field’ and someone wrote, I don’t like dhol, but love dhol. Many interesting comments have been made by users in this video. Let us tell you that Yash’s film KGF and its sequel KGF-2 were blockbuster hits. Now it is to be seen whether the makers bring the third part of the film as well. 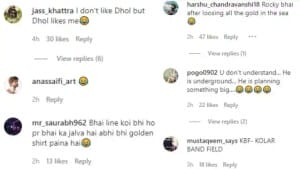 The story of KGF movie is actually the story of a mother and son. A poor mother fell sick and died due to lack of money for treatment. But at the time of death this mother takes a promise from her son that one day he will be the richest man in the world. Rocky fulfilled that promise in KGF 2. But now let’s see what the story turns.

Also read: How did Katrina Kaif’s biggest fan become a villain? The bullies makes shocking revelations to the Mumbai police

Rocky bhai playing the band at the wedding