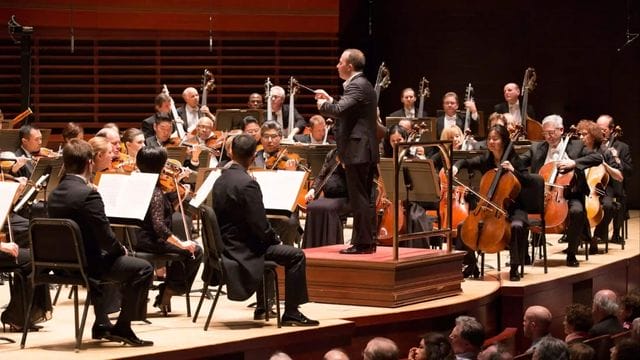 Philly’s other great home team has released its version of the current Phillies anthem. You might prefer the original version of “Dancing On My Own” or the version by Calum Scott. You could also embrace the Philadelphia Orchestra’s version, which is truly Philly.

The orchestra adds a lush Philly remix to the 2010 song by Swedish singer-songwriter Robyn, which has become the anthem of Phillies Fever 2022, in a specially recorded video released Friday.

When civic moments like this occur, “the orchestra, and of course music director Yannick Nézet-Séguin, want to help celebrate that, to spread that joy, to give something to the city and something for people to rally around,” says Jeremy Rothman, chief programming officer of the Philadelphia Orchestra. “It’s fascinating that it’s a song that brings people together, that it’s the soundtrack for what’s going on in the city.”

The orchestration of “Dancing On My Own” is by composer and arranger Jim Gray, who received confirmation of the assignment from the orchestra Sunday evening, shortly after the Phillies defeated the Padres, 4-3, to advance to the World Series.

“Yannick said it just needed to be upbeat and powerful,” said Gray, who lives in Nashville and already knew the song. He went over it several times Sunday night and “had the ideas pretty well formulated when I woke up Monday morning.”

Gray submitted the new instrumental version later that day, which runs a soaring, celebratory 35 seconds. The orchestra recorded it in Verizon Hall on Thursday.

The Philadelphians bet with what is now their “opposing team,” the Houston Symphony, to further cement their Phillies pride. The musicians and staff of the losing team’s orchestra will be required to pose with the winning team’s banner and record a video message of congratulations.

The combination of sports and classical music is not uncommon. In 2018, the orchestra focused on a 6-foot-3, 295-pound baritone saxophonist named Jason Kelce, who performed “Fly, Eagles, Fly” with the ensemble.

“We have the Philadelphia Orchestra, the epitome of high culture, sophistication, and art, celebrating a bunch of grown men beating the crap out of each other,” the Eagles center told a Mann Center crowd still buzzing from the team’s Super Bowl victory.

Nézet-Séguin shared the stage with the Phillie Phanatic in 2010, leading fans at Citizens Bank Park in a rendition of “Take Me Out to the Ballgame.” Instead of batons, the duo used bats. 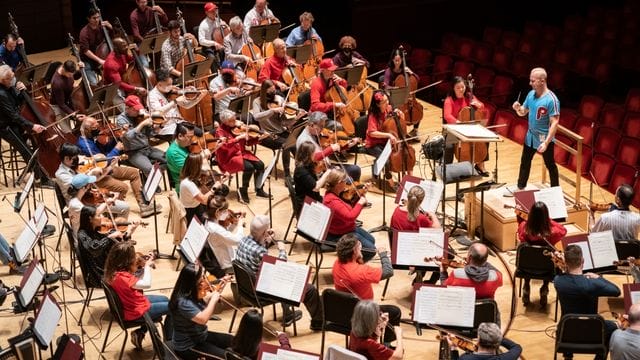 “I know Philly is a football town, but baseball is very much alive in our tradition here,” says orchestra violist Marvin Moon, a Phillies fan who wears a Phillies jersey underneath his orchestra concert garb for good luck on game nights.

“Every year, we crush them,” Moon says.

Moon claims he had never heard “Dancing On My Own” before it became the city anthem.

“I think it’s incredible, it’s awesome,” he said Thursday after recording the piece. “I’m so glad we got to play it and put it out there.” “I hope the Phillies pay attention.” 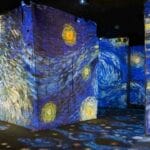 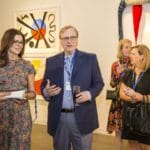