For the most part, you'll be able to play these games locally with a friend or foe in either cooperative or competitive modes. 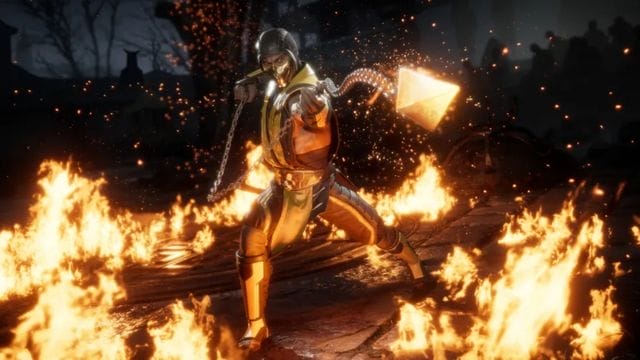 Fighting games have been some of the coolest games ever since the days of stand-up arcade machines. Franchises like Street Fighter, Tekken, and Mortal Kombat have not only stood the test of time, but they have also stayed on top for decades. This is a great sign of how good the series is.

More fighting games of all kinds are available on PC in 2022. Fighting games come in all shapes and sizes today, from 2D brawlers to games that mix 2D and 3D. Fans couldn’t be happier. If you like a good fighting game, you now have more options than ever before. Here, we look at some of the best fighting games you can play on a PC right now and explain why they are so good.

Dragon Ball games have followed a set pattern for a long time and rarely changed from that pattern. FighterZ also has a lot of the same patterns, but it adds enough new ideas and game mechanics to make it truly unique.

Dragon Ball FighterZ is probably the most polished and well-made Dragon Ball game to date. It captures the anime’s fast-paced and epic style perfectly. There are a lot of well-known Dragon Ball characters in the game, and their moves have been made a lot more complex.

Guilty Gears Strive is the newest game in the long-running Guilty Gear series. It takes the best parts of the previous games and adds some new, riskier ideas of its own. Strive is a 2D/3D fighter hybrid, which means that the action can happen on more than one plane, giving the game more depth.

Guilty Gear Strive looks great, with its cel-shaded graphics taking the spotlight in a big way. The gameplay is very tight and hard, and players will have to learn each character well and find new ways to use their moves.

Sifu is unlike any other fighting game, mostly because it is hard to classify it as just a fighting game. The game fits into more than one genre, but you can’t deny that it’s one of the most fun brawlers/beat-em-ups you’ll play today. As a young kung-fu expert, it’s your job to beat up people who have wronged you and get rid of anything that stands in your way.

In the game, you will fight a lot of enemies in many different places, like a warehouse, a museum, and a lot more. Use weapons, the environment, and your own limbs to fight your way to the top and beat the big bad guy at the end. Sifu is one of the most fun games of 2022 and a must-have for fans of innovative martial arts games.

Street Fighter V is probably the most complete fighting game on the market right now, and it only adds to the popularity of the series. The core game mechanics don’t seem to have changed much from how they were a few years ago, but the level of polish is always impressive.

Even though they have a few new moves up their sleeves, returning SF characters still feel like they belong, and all the new characters do a good enough job of carrying their weight. With SF6 coming out soon, you might want to go back to Street Fighter 5 and play it again to brush up on your skills.

In Marvel vs. Capcom: Infinite, the two great teams are put together in one huge game. The game is the personification of chaos because each character’s move set is so deep and the controls make it so much easier to do complex moves. Even though it’s not the hardest fighting game out there, Marvel vs. Capcom: Infinite is probably one of the easiest and most fun fighting games you can play right now.

You can choose from many superheroes, like the Hulk, Iron Man, or Doctor Strange, and pit them against well-known videogame characters, like Dante from Devil May Cry, Arthur, or Chris Redfield. Just seeing those two worlds collide should be enough to make people want to play this game.

Brawhalla is a free-to-play brawler that is a lot of fun. You can try out its large roster of characters and do crazy moves with your friends. The game is most fun when played locally with a group of friends. The online part of the game is good, and the game is fun to play on its own, so players will be hooked for hours.

Mortal Kombat 11 is the final game in the Mortal Kombat series, and it might be the best one so far. The game has the most refined and polished version of the famous fighting system. It also has a single-player story mode that packs a lot of punch.

The game has a long and fun single-player campaign that helps players learn how the game works and tells a great story. Mortal Kombat 11 is one of the more methodical and slower-paced fighting games on this list, but that just makes it more fun.

SoulCalibur VI is the latest game in a long-running series of fighting games with weapons. The game is all about fighting with weapons, and players have been hooked on it for years because of how well the controls work and how well the characters are made.

SoulCalibur VI is one of the best games in the series, and adding characters from other well-known games like The Witcher has only helped it become one of the most popular fighting games ever.

All of DC’s heroes and villains in one game, with a story that can stand up to some of DC’s best comic book lines? Everyone who likes comic books can join. Injustice 2 is the follow-up to the hugely popular game Injustice: Gods Among Us, and it is better in almost every way.

The story is also a lot more interesting and the game is a lot faster and tighter. On top of that, the game has an RPG-style progression that lets players move their characters along their own paths and customise not only their looks but also their items and armour so they can fight online against other players.

Tekken 7 is one of the most popular fighting games on the market today, and it also has a thriving esports scene. It’s easy to see why Tekken 7 has become such a big deal in the fighting game world, since every part of it feels tight and well-done.

Tekken 7 continues the story from the last game and adds more backstory and twists to a story that was already very interesting. The game will get a sequel on next-gen systems next year, so you might want to play Tekken 7 again.

Here Are the Major Space Missions to Keep an Eye on in 2023!!

Is Insomnia a Typical Feature of Prolonged COVID? Here is Everything You Need To Know!