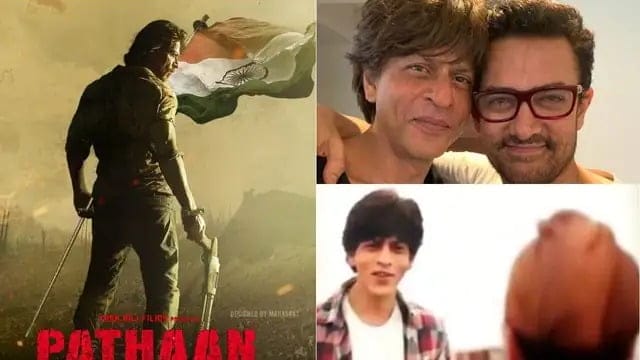 Aamir Khan and Kareena Kapoor Khan starrer ‘Lal Singh Chadha’ faced a boycott before its release. The film’s box office business was badly affected but a clip of Shah Rukh Khan from the film went viral on social media where King Khan made a cameo for the film. After this scene went viral, people were seen more excited about ‘Pathan’.

Will buy 50 tickets at gaiety Galaxy.

All for my king @iamsrk

Many users tweeted sharing the poster of Shah Rukh Khan’s upcoming film ‘Pathaan’ and #PathaanFirstDayFirstShow started trending on Twitter. One user wrote on Twitter, ‘I have no problem with Lal Singh Chadha. But Shah Rukh Khan is an emotion.

Come any circumstance,
We are ready to combat it, TOGETHER.

Let us tell you that Shah Rukh Khan’s film ‘Pathan’ is slated to release in January 2023 but fans are already very excited about the film. A person tweeted along with the poster, ‘I added more than 70 thousand rupees. Gaiety will buy over 50 tickets for the Galaxy I will see Pathan 3 times on the first day and also arrange tickets for some poor children. This is all for my king Shah Rukh Khan.

One user on Twitter wrote, ‘Whatever the situation, we are ready to face it together. Don’t let it spoil your theater experience while watching Shahrukh Khan’s most special film. Another wrote, ‘Pathan will raise the bar of Bollywood again. Bookmark this tweet of mine. Many people have tweeted in support of Shah Rukh Khan’s film.