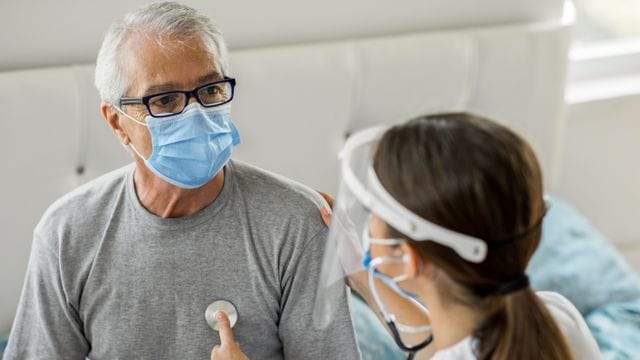 According to a recent study from Tulane University in New Orleans, sprinkling less salt on your food at the table may lower your risk of heart disease.

This risk is reduced even more among people who follow the DASH diet, which involves eating vegetables, fruit, whole grains, low-fat dairy, nuts, and legumes instead of red and processed meats.

While the DASH diet has been found to reduce the risk of cardiovascular disease, combining it with a low salt intake is an even better method to keep your heart healthy. The results are consistent regardless of people’s lifestyles or pre-existing conditions.

High salt diets can raise blood pressure, resulting in hypertension, which can lead to heart disease and stroke. According to the CDC, over half of all adults in the United States (47%, or 116 million) have hypertension.

Researchers analyzed 176,570 adults from the UK Biobank to see if the frequency with which salt was added to foods was associated with the risk of heart disease. Each participant completed surveys on how frequently they add salt to food, excluding salt used in cooking.

They were also asked if they had changed their diets in the previous five years, and they performed one to five rounds of 24-hour dietary recalls over the course of three years.

“Overall, we found that people who don’t shake on a little extra salt to their foods very often had a much lower risk of heart disease events, regardless of lifestyle factors and pre-existing disease,” said Dr. Lu Qi, HCA Regents Distinguished Chair and professor at Tulane University’s School of Public Health and Tropical Medicine in New Orleans.

“We also discovered that when individuals combined a DASH diet with a low frequency of adding salt, they had the lowest chance of developing heart disease.”

“This is significant because adding less salt to food, rather than eliminating salt totally, is an extremely adjustable risk factor that we can hopefully encourage our patients to make without much sacrifice.”

The survey also discovered that persons who added less salt to their food were more likely to be women.

They were also more likely to be Caucasian, to have a lower BMI, to drink moderately, to follow a DASH diet, and to be physically active. They were also less likely to smoke currently.

The researchers discovered that the association between adding salt to foods and the risk of heart disease was greater in those with lower socioeconomic status and current smokers.

“The study is encouraging, builds on prior results, and points to the possible impact of long-term salt preferences on total cardiovascular risk,” said Dr. Sara Ghoneim, a gastrointestinal fellow at the University of Nebraska Medical Center.

“A major limitation of the study is the self-reported frequency of adding salt to foods and the recruitment of only UK subjects, limiting generalizability to other groups with diverse eating practices,” she noted.

“The current study’s findings are positive and have the potential to broaden our understanding of salt-related behavioral treatments on cardiovascular health.”