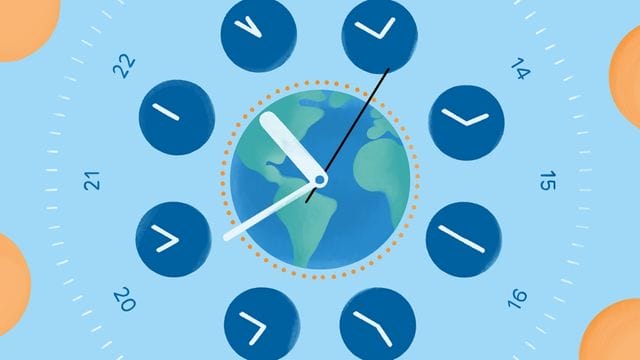 Meta Platforms Inc. today outlined an internal programme that has been in the works for years to upgrade its data centres’ timing protocol, a critical technology component that many of the company’s services rely on to function.

Every server in a data centre has a clock that records the time when calculations are performed. Data centre operators must synchronise the clocks of their servers for technical reasons to ensure that they all display at the same time. This procedure is required because precise server time measurements are required for certain critical computer processes, such as those involved in establishing a network connection.

“We need to be certain that every server in every data centre knows and agrees on what time it is, as exactly and precisely as possible,” Meta project lead Ahmad Byagowi and production engineer Oleg Obleukhov wrote in a blog post today.

The process of synchronising server clocks is accomplished through the use of a technology known as a timing protocol. Until recently, Meta performed the work using a timing system known as NTP. As part of the internal project announced today, engineers moved the company’s data centres from NTP to PTP, a newer and more advanced technique.

PTP is widely utilised in the telecommunications industry, although acceptance among hyperscale data centre operators has been slow. The adoption of the technology by Meta marks a technological milestone for the industry. Furthermore, the relocation will allow Meta’s data centre systems to perform certain core computing functions more effectively.

To sync the clocks of two servers, one of them must provide information about the current time to the other machine. The information supplied by the first server takes a few fractions of a second to reach the second machine, resulting in a tiny delay. This little delay makes complete server clock synchronisation difficult.

Although doing the process with complete accuracy is impossible, data centre operators can significantly reduce the inaccuracies that appear. Meta’s implementation of the PTP timing protocol will make it easier for the corporation to mitigate time data inconsistencies.

NTP, the method that Meta utilised until recently to synchronise server clocks, can sync one server’s clock to another with millisecond precision. One-thousandth of a second is equal to one millisecond. PTP, Meta’s new timing protocol, has an accuracy of a few nanoseconds, which is three orders of magnitude better than NTP.

According to Meta, the increased accuracy enabled by PTP has benefits in a multitude of domains. Technology has the potential to improve the user experience provided by collaboration applications and video games. Furthermore, Meta believes that PTP has the potential to improve the efficiency of the graphics processing units that it employs to construct and run artificial intelligence applications.

Meta had to create a slew of new technologies in order to integrate PTP in its data centres. “While PTP is more exact than NTP (measured in nanoseconds versus milliseconds), it also sets additional demands on network infrastructure,” noted Byagowi and Obleukhov.

“As Meta’s developers worked on implementing PTP, we immediately discovered that off-the-shelf components were not designed to handle PTP at scale.”

One of the technologies Meta created to help the programme is Time Appliance, a customised device. According to the corporation, it is intended to assist servers in precisely determining the current time. The device accomplishes the work using an atomic clock, which is a type of very accurate clock that measures time by watching changes in the characteristics of atoms.

Meta has made the Time Appliance design, as well as the other technologies developed as part of the effort, available under an open-source licence.