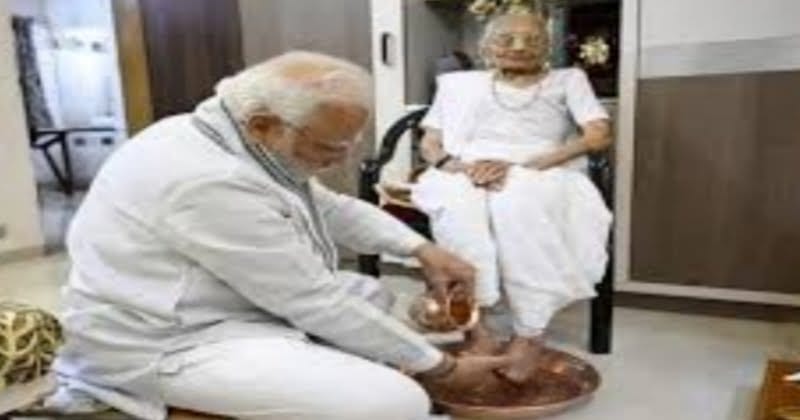 Today is the 100th birthday of Prime Minister Narendra Modi’s mother Hiraba. Prime Minister Modi is on a tour of Gujarat on this occasion. He reached his residence at 6.30 am today to seek the blessings of his mother. Here he spent half an hour with his mother. 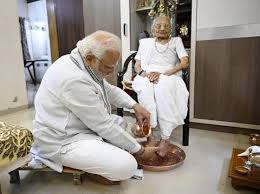 Prime Minister Modi also brought a special gift for his mother. First of all he bowed at the feet of the mother and took blessings. Then he washed his feet and placed them on the water. He also lovingly fed a flower and a shawl to his mother.

#watch , Gujarat: Prime Minister Narendra Modi met his mother Heeraben Modi on her birthday today at her residence in Gandhinagar.

Heeraben Modi is entering the 100th year of her life today. pic.twitter.com/7xoIsKImNN

It is worth noting that since Prime Minister Modi is scheduled to reach Raisan in Gandhinagar today, a tight police cordon has been made since this morning. They reached Hiraba residence in Gandhinagar in the early hours of Saturday. On reaching his residence, he also had a gift in his hand.