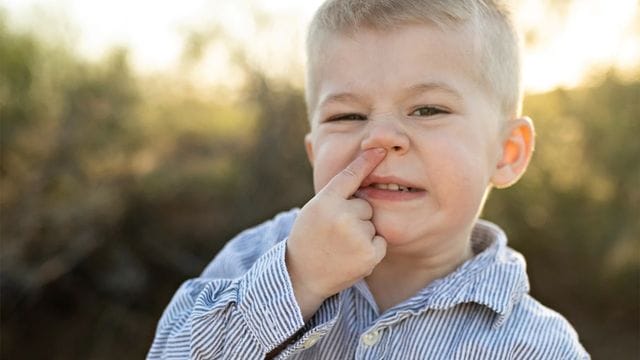 Recent research has shown that picking your nose can introduce potentially harmful bacteria into your brain.  It’s a strange habit, but some people dig their noses. When they are anxious or bored, certain people have the habit of picking their noses. According to the findings of a recent study, engaging in this behavior may put you at a greater risk of developing Alzheimer’s disease and dementia.

Researchers from Griffith University in Australia have demonstrated that a microbe can enter the brains of mice through the olfactory nerve in the nose and produce markers that can be used to diagnose Alzheimer’s disease. These markers can be used to determine whether or not a patient has the disease.

According to the findings of a study that was recently published in the journal Scientific Reports, the majority of human brains that are affected by late-onset dementia contain the bacteria Chlamydia pneumonia, which has the potential to infect people and cause pneumonia.

The research suggests that it entered the central nervous system through a nerve that connects the nasal cavity and the brain. The cells in the brain then reacted by depositing amyloid beta protein, which is one of the characteristics that distinguish Alzheimer’s disease.

In order to conduct this research, mice were utilized. In a press release, Professor James St. John, who is the director of the Clem Jones Centre for Neurobiology and Stem Cell Research, said, “We saw this happen in a mouse model, and the evidence is potentially scary for humans as well.”

The research also highlights the fact that the olfactory nerve comes into direct contact with air and functions as a direct conduit to the brain. Bacteria and viruses have discovered that the portal through which they can enter the brain is the most accessible location. According to what they said, the purpose of their forthcoming research is to provide evidence that the same mechanism is at work in human beings.

According to Professor St. John, despite the fact that numerous people have posed the idea of conducting this investigation, it has not yet been completed. “We need to conduct this research in human subjects in order to determine whether or not the same pathway works in the same manner. It’s research that has been suggested by a lot of different people, but it hasn’t been carried out yet.”

He stated that picking one’s nose or plucking out one’s nose hairs was not a prudent course of action to take. The educator went on to say that there is an increased risk of bacteria entering the brain if the lining of the nose is damaged, as this creates an opening through which bacteria can enter the body.