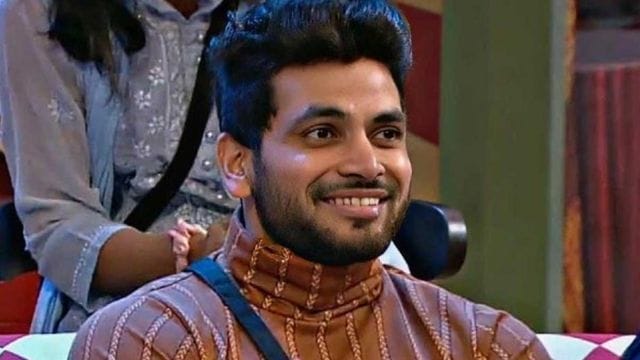 Nominated housemates will compete for elimination in the latest episode. Shiv Thakare, the house captain, will save this person.

You can count on the upcoming episode of Bigg Boss 16 to feature a significant amount of high-octane drama (December 29). In this episode, the candidates who are considered to be risky will compete in a task in an effort to rescue themselves from nomination. Now, as Shiv Thakare is the captain of the house, he will be given the ability to spare any one of the candidates who has been nominated for eviction.

The Twitter feed named The Khabri claims that the contender who will end up being saved by Shiv is none other than Sumbul Touqeer Khan. The two people have been getting along very well with one another over the past few weeks, and they exude a pleasant vibe that is reminiscent of that of siblings to one another.

The supporters have also begun shipping them as “ShivSum,” which stands for Shiv and Sum. Getting back to the mission at hand, the participants who have been selected will have to make some derogatory statements about one another in their headlines. The candidate who is spared from elimination is the one whose headline is chosen to be published by the contestants who are considered to be safe. These contestants include Shiv, MC Stan, Sajid Khan, and Archana Gautam.

Now, aside from this, the Twitter page also mentioned that the actor and former competitor on season 15 of Bigg Boss Karan Kundrra will make an appearance on the show that will air during this weekend’s Weekend Ka Vaar.

Not only will he be appearing on the show, but actress Jannat Zubair Rahmani will also be appearing there. On the other hand, it is not entirely clear what the performers will be pushing during the course of the program.

Karan had emerged as the show’s second runner-up during the previous season, making him one of the most popular competitors in the competition. He is currently in a good relationship with his fellow Bigg Boss 15 winner Tejasswi Prakash, who was also a contestant on the show.

Ex-Bigg Boss 16 contestant Gori Nagori has been rumored to return to the show as a wild card contestant. The Haryanvi dancer was evicted a few weeks ago, and some fans thought it was unfair. Sreejita De, who was evicted during the first week of the show, returned as a wild card.

Abdu Rozik and Shiv Thakre Were Upset When Soundarya Sharma and Sreejita De Asked Them to Lip-lock!!