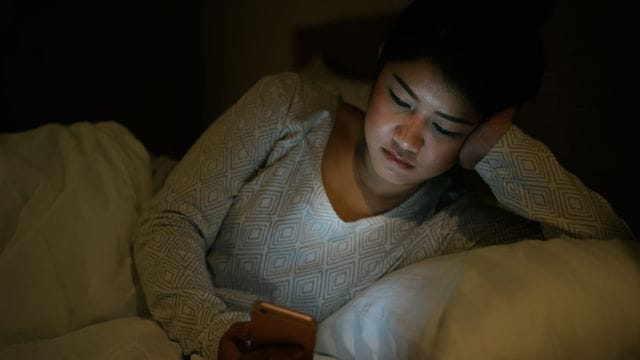 In addition to significantly increased rates of anxiety and sadness, Stanford University researchers discovered that the COVID-19 epidemic aged youngsters’ brains by nearly three years, according to a report released Thursday.

The study, “Effects of the COVID-19 Epidemic on Mental Health and Brain Maturation in Adolescents,” compared MRI scans of teens aged 15 to 18 before the pandemic to scans of the same age group during the pandemic.

The pictures revealed that during the epidemic, teenagers’ brains appeared nearly three years older than they did before COVID. The scans also allegedly revealed anatomical alterations in the brain as well as changes in the brain regions involved in memory, concentration, learning, emotion, responsiveness, and judgment.

“Even though they were the same age, their brains looked older,” Ian Gotlib, a professor of psychology at Stanford University and the study’s lead author, told USA Today. “It proves that they were stressed out during the pandemic and that this stress has affected not only their mental health but also their brains.”

Experts who took part in the study said they still don’t know how the changes will affect teens and their future, but for now, it shows that mental health problems in teens got worse during the pandemic.

Prior to this study, the researchers stated that children who suffered persistent adversity such as abuse, neglect, familial dysfunction, or a combination of these factors had faster changes in “brain age.”

According to Dr. R. Meredith Elkins, program co-director of McLean Hospital’s Anxiety Mastery Program, the findings of this study are not surprising to people in the clinical realm.

“Our clinic has noticed an objective increase in the severity of anxiety disorder, OCD, co-occurring depression, and risk-related behaviors associated with distress since March 2020,” she explained.

Elkins also stated that her clinic’s pediatric screening reveals that approximately 60% of children have a recent history of self-injury or suicide ideation.

She went on to say that one of the most significant drivers of pandemic stress for children was a “loss of social support and isolation during the lockdowns.” Many youngsters also experienced increased anxiety about health hazards and academic stress as a result of the abrupt return to school.

“You had this period of relative comfort intellectually, and then suddenly kids are back in school, and the responsibilities are pushed up,” she explained to USA Today. “They are concerned that they have slipped behind and will be unable to catch up.”

Gotlib and his colleagues aim to continue studying the same teenagers throughout young adulthood to discover if their brains continue to age ahead of schedule or if they sync back up. He also intends to examine the brain structures of children who have contracted COVID-19 to see if they have undergone any additional modifications.

Until then, Elkins stated that the study demonstrated the need for more resources to address today’s youth’s growing mental health crisis. “We need more long-term federal and public investment to promote juvenile access to mental health care,” she said. “Teach our children that these situations require action.”