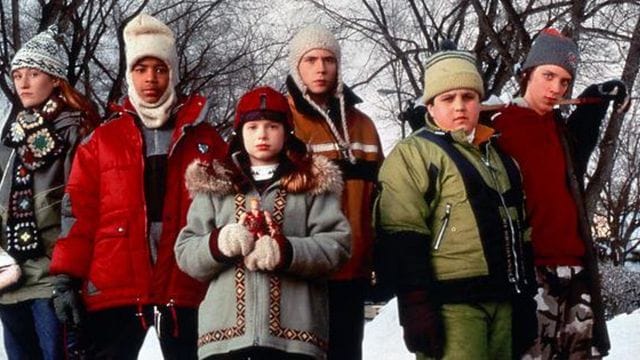 Nickelodeon Studios is developing a remake of their original film Snow Day for Paramount+. For the time being, the new film, which shares the title of its inspiration, will be a movie musical that takes a different approach to comedy in order to appeal to modern audiences. Production has recently begun in Montreal, with the film set to be released on Netflix later this year.

The new Snow Day follows the original’s plot, with siblings Hal (Ky Baldwin) and Natalie Brandston (Michaela Russell) attempting to break routines and achieve their dreams during a surprise whiteout that canceled school and brought the world to a halt.

For Hal, this means finally approaching his crush Claire Bonner (Shelby Simmons), and declaring his feelings for her with the assistance of his friend Lane.

Meanwhile, Natalie attempts the impossible task of creating another snow day by defeating the Snowplowman (Jerry Trainor), the only person who can put an end to their wintery fun.

Logan Aultman, Dominic Mariche, Myles Erlick, Monique Jasmine Paul, Destiny Rettinger, Lilly Bartlam, and Viggo Hanvelt round out the cast. Laura Bell Bundy and Rob Huebel are also scheduled to play the Brandston parents in the film, which were played by Chevy Chase and Jean Smart in the original.

“When the first Snow Day came out in 2000, it showed kids everywhere that anything is possible if you believe in yourself,” said Zack Olin, Co-Head of Nickelodeon & Awesomeness Live-Action.

This new musical version of the classic will have a fun new twist for a new generation of kids to enjoy on Paramount+. Even though critics and audiences didn’t love the original movie from 2000, it did very well at the box office.

The main actors in that first day in the snow were Chris Elliott, Mark Webber, Josh Peck, and Emmanuelle Chriqui.

Even though the original had problems, Nickelodeon still likes the idea of Snow Day. Michael Lembeck, who won an Emmy for his work on Friends, will direct the remake, and Samantha Martin will write the script and make the music. Nickelodeon Studios’ Olin and Shauna Phelan will be in charge of the production, and Brittany Cope will be the executive in charge of production for the studio.

The new movie Snow Day is being shown in a sneak peek on Nickelodeon. Wednesday, the network shared a trailer for the Snow Day remake and said when it would come out.