New Rules for Influencers Issued by the Centre, Violators May Be Subject to a 50 Lakh Penalty! 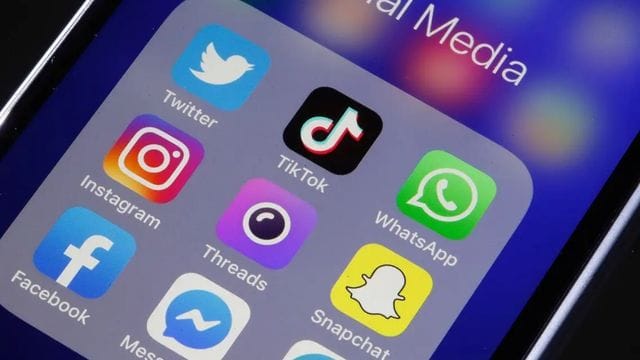 On Friday, the government mandated that all social media influencers disclose any “material” interest they have when recommending a product, service, or scheme, including gifts, hotel stays, equity, discounts, and rewards. Violators face severe penalties, including a ban on endorsements. The disclaimers should be written in plain English, run with endorsements (including live streams), and be accessible on any platform.

The social influencer market is expected to increase 20 percent yearly to reach 2,800 crore by 2025; the laws are part of ongoing attempts to limit deceptive advertising and protect the rights of consumers in this context.

The penalty for false advertising under the Consumer Protection Act of 2019 will apply in the event of a violation.

Manufacturers, advertisers, and endorsers may face fines of up to 10 lakh from the Central Consumer Protection Authority (CCPA). The maximum fine for a second offence is 50 lakh.

Endorsers of deceptive ads may be barred from doing so for up to a year under the CCPA, with the penalty increasing to three years for repeated violations.

At a press conference when the rules were unveiled, Consumer Affairs Secretary Rohit Kumar Singh noted that they were released under the purview of the CCPA, which provides a framework for protecting consumers from unfair trade practises and deceptive ads. The rules, he thought, would serve as a disincentive to influential people on social media.

“This is a topic of crucial importance. With a CAGR of 19%–20%, the Indian social influencer market is expected to grow from its current size of 1,275 crore in 2022 to 2,800 crore by 2025. There are more than one hundred thousand “substantive” social media influencers in the country, defined as individuals who have a sizable online following “Says Mr. Singh.

According to the secretary, the power of social media to sway public opinion is here to stay and will expand rapidly, necessitating stricter controls over deceptive advertisements posted on social media platforms.

“These standards are geared toward social media influencers who have a financial interest in promoting a certain company on their own channels. They have a duty of care to the public in terms of the information they provide to the buying public.

“The right to information enjoyed by consumers is a central tenet of consumer protection law. If anything is promoted to a consumer via digital media, that consumer has a right to know whether or not the individual or organisation behind the promotion has received financial compensation or has any other material link to the brand in question “It was said by Singh.

Singh stated that anyone who are affected by someone else’s noncompliance can go to the appropriate authority and request legal action be taken against the offender. The authority has the resources to conduct an investigation and might choose to do so on its own (suo moto).

For example, CCPA Chief Commissioner Nidhi Khare elaborated that monetary or other compensation, free products (including those received unsolicited), discounts, gifts, contest and sweepstakes entries, trips or hotel stays, media barters, coverage and awards, or any family, personal, or employment relationship could constitute a material connection.

That the disclosure be “impossible to ignore” and written in plain English was another of her suggestions. It is imperative that the disclaimers be incorporated in the endorsement statement in a way that makes them crystal clear, highly visible, and impossible to overlook. Do not include a disclosure in the middle of several hashtags or links.

Pictures used as endorsements require prominently placed disclaimers. In videos, disclosures should be given both audibly and visibly (in the video itself, as well as in the video’s description).

The disclaimers in a live stream need to be up the whole time. She said that on microblogging services with character limits, such as Twitter, titles like “XYZAmbassador” (where XYZ is a brand) are equally appropriate.

The secretary explained that the Consumer Protection Act, of which the issuance of these recommendations is a part, has as one of its overarching principles the elimination of unfair business practises.

“While there are numerous forms of unfair competition, one particularly pernicious one is the use of deceptive advertising to peddle a product that is not the same as it appears to be.

While TV, print, and radio have handled it capably, Mr. Singh warns that “social and digital media platforms are turning out to be a different ball game.”